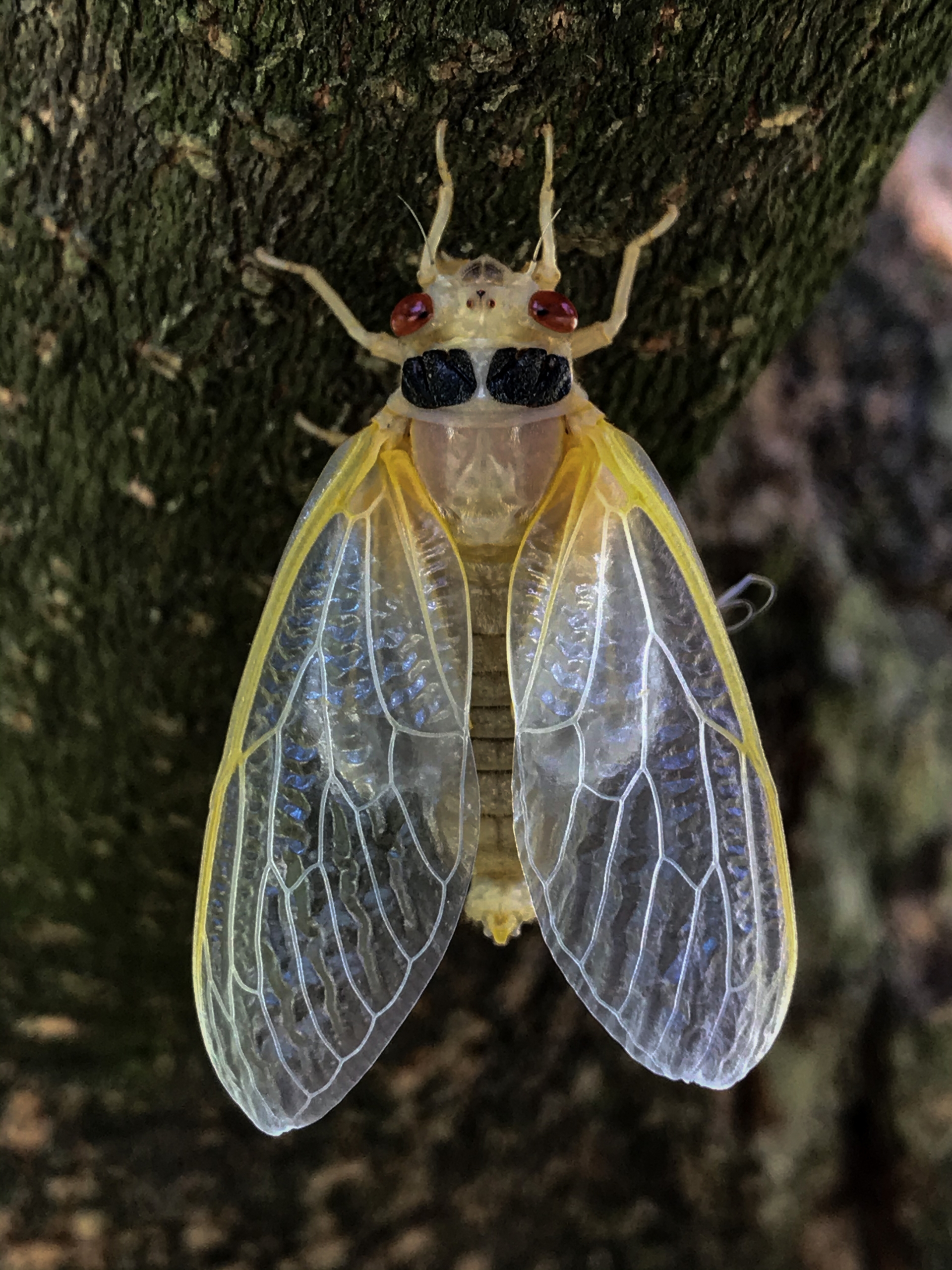 The above image was taken, May 16, 2021, underneath a magnolia tree, BROOD X 17-year (Great Eastern Brood) cicada in the final stage of molting prior to hardening of the new exoskeleton.

My immersive experience these past six weeks with the BROOD X, 17-cicada 2021 phenomena resonate deeply with my molecules, imprinting them sonically.   For two of the six weeks of the above ground cicada presence, my wife and I rented a cabin not far from where we live to fully experience the BROOD with minimal human noise, and wooded park traffic.   The experience constructs a metaphor for COVID reemergence from 17+ months of quarantine and isolation.  The only signs of the BROOD X are located high among the tops of trees – copper-colored leaves attached to evenly spaced out “tree flags” hang down waiting for the vast drop to earth.   Another 17-years life cycle has begun; a bio-rain of tiny cicada nymphs hatched and soar down to burrow into their 47,000-year-old depths beneath the world.

This edition of framework:afield has been produced by uni.Sol_, curated by slavek kwi, and features contributions from david rothenberg, stephen bradley, david michael, and wilbur bewley. producer’s, and cicada’s notes.

The sounds and photographs of the 17-year cicada from 2004 are based on locations from the areas of Catonsville, Arbutus, and the Patapsco State Park system, Maryland, USA. Over the next few weeks around mid-May, I will begin posting sounds and various media from the offspring of the 2004 cicada bloom. This will include short cicada-based sonic interactions including various forms of media experiments that may include other artists from around the globe.

Brief Washington Post story, by Kevin Ambrose (072121) about the next phase of the BROOD X that documents cicada eggs that are beginning to show their red eyes and will soon begin to drop to the earth to begin their underground.