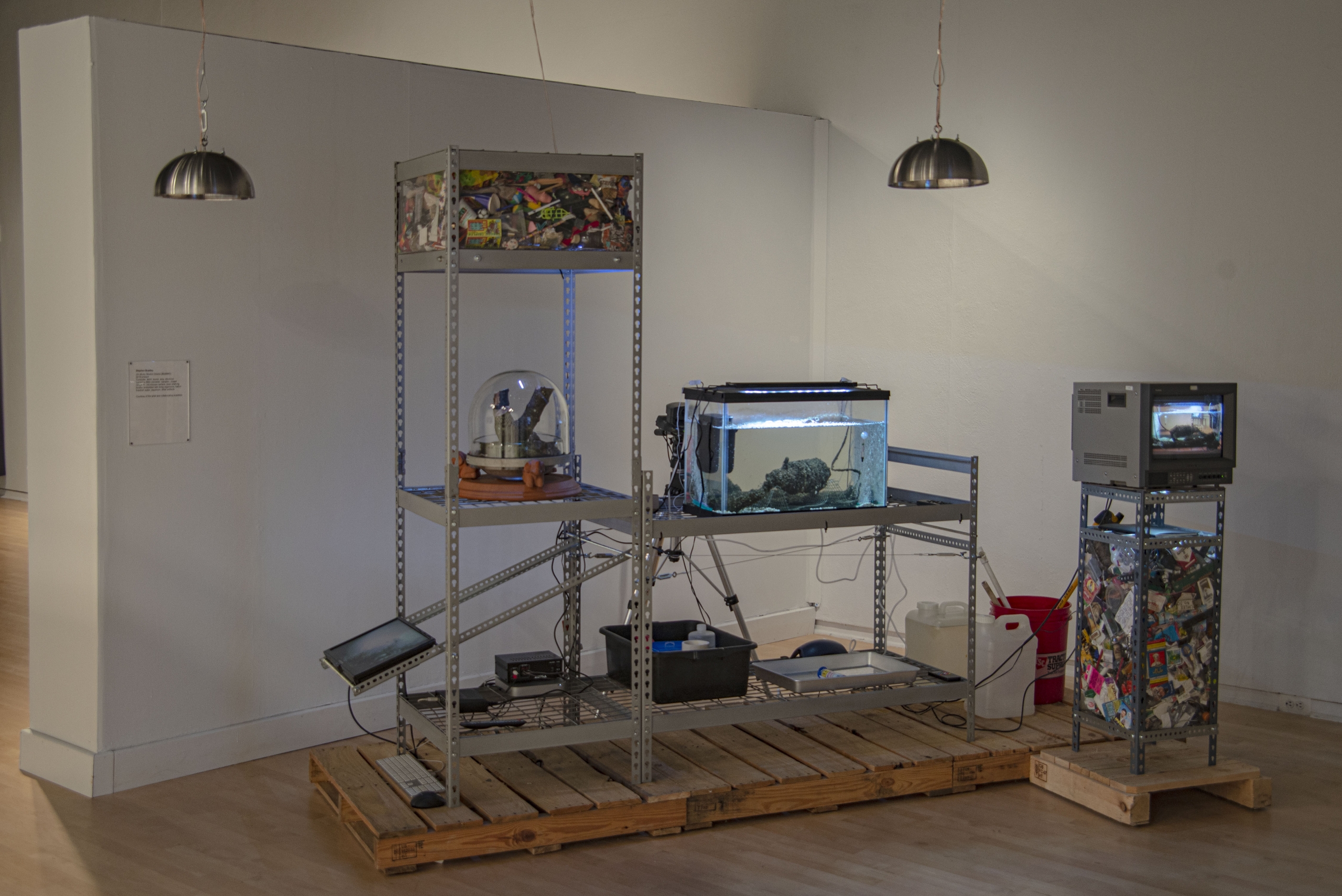 The new work, Oh, Murky Waters Chorus is inspired by a biodiversity study by a diverse group of civic scientists, local ecologists, and artists/designers from the Baltimore Underground Science Space (BUGSS) and scientists from Institue of Marine and Environmental Technology (IMET). Not shown in this photograph will be a biodisc that will be installed in the aquarium in the very near future along with 19 gallons of Harbor water. What is a biodisc? It is a system for collecting bioorganisms from the water.

Organisms attach to the biodisc and make it their home. The biodisc is pulled up once a month to be documented, scrapped and biomaterial sequenced as a DNA to identify all the organisms in the water.

The sound component is generated from electrical currents in the water agitated by the organisms’ activities that general a sonic ambiance that floats above the head of the viewers.

Next to the above installation is another work called, BIOME Utterance. 3 years of video documentation was ganged together in a grid that runs for about 17 minutes. A webcam on the tripod traces the motion and contract differences and triggers FM synthesis program controlled by a computer.

This is what the biodisc looks like a few weeks after the exhibition and drying outside for most of September in the sunshine. We were fortunate to have high heat and relatively low humidity. The bio-object is now hanging in my studio waiting for an opportunity to be exhibited as part of a larger sculpture.