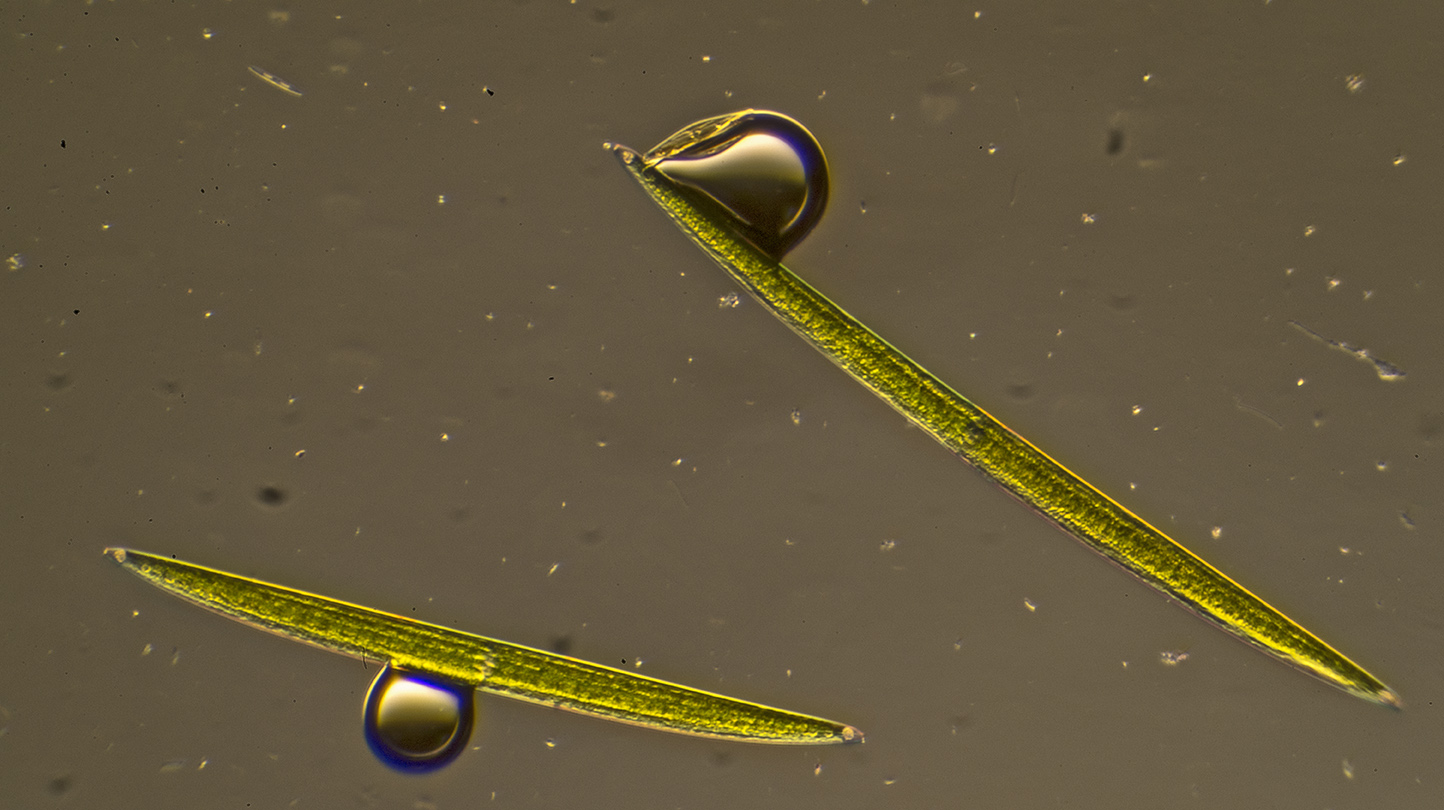 “Everything now came before me in new and beautiful and remarkable forms.  I began to see and hear not only the outer forms, but also the inner content, the nature and the history of things.” Ernst Haeckel, describing the microscopic radiolarian forms he was drawing and researching around the 1860s.  Radiolarians are tiny protists that live inside the intricate silica shells found at the bottom of the ocean.

Water’s Edge, Biome Tells (WEBT) is an interdisciplinary art-science research project that focuses on the microscopic life forms found within the littoral zone of the brackish shoreline of the Patapsco River’s Middle Branch at Masonville Cove in the Brooklyn community of Baltimore. For many years, micro fauna and flora that reside at the water’s edge of Masonville Cove have been subjected to high levels of pollution due in part to the dumping of dredged materials from the Baltimore harbor, compounded by massive quantities of discarded debris from human activities. Despite dedicated recovery efforts, the watershed run-off is tainted with refuse from the surrounding neighborhoods, which then enters the water through a large storm drain on the grounds of the Masonville Cove Environmental Education Center (MCEEC).  Working in collaboration with MCEEC and Dr. Tagide deCarvalho, director of the Keith R. Porter Imaging Facility (KPIF) in UMBC’s Department of Biology, we propose to photograph and scan images of fragile aquatic organisms into three and two-dimensional prints using stereomicroscope and confocal transmission electron microscopes. The purpose of the project is two-fold: 1) to identify and document the living organisms that continue to survive and evolve within the compromised waters of Masonville Cove, and 2) to integrate replicas of these organisms into larger sculptural art forms that will raise awareness and reveal the complexity, beauty, and diversity of life in the urban shoreline.

[About the above banner image: Magnification: 159 X,  air bubbles attached to Closterium pritchardianum [?]. Identified through the Maryland Biodiversity Project.] 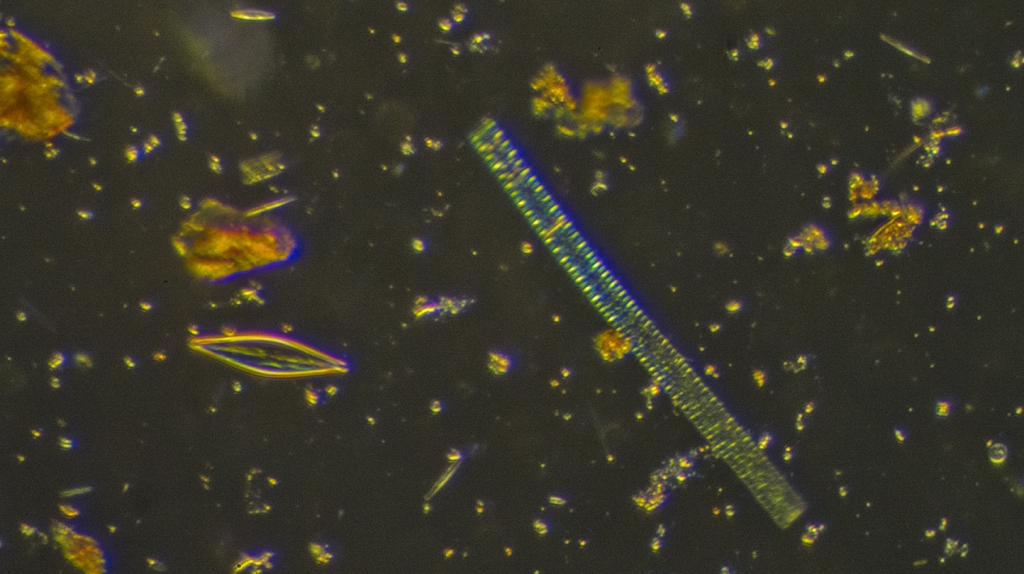 Testing the stereo microscope using a new NIKON adaptor for the D7000.  Geometric shapes are diatoms.  Longer segmented bio-form is an blue-green algae.

First field experience was through Prof. Tracy Smith’s biology lab course from UMBC.  Last May 31st I attended one of the field experiences that took place at what was called the “Popular Avenue Stream” that borders UMBC’s.  Google map has it labeled as West Branch Herbert Run.

Key lessons was the technique of releasing the invertebrates was by slightly stirring up the stream with your hands, feet with the net down stream, which would collect sediments, macro invertebrates, and other water borne organisms in the net.  We collected documented and released everything back into the water.  We found a decaying rat caught up in some organic drift materials (weeds, branches, organic and inorganic – or trash).   Sprinkled throughout the stream banks were plastic water bottles, chips bags, small remnants of previous intact discarded consumer and industry materials.

Two days after this experience I discovered an adult winged insect in our garden that was found as a swimming larvae in the stream- educated guess is a midge. 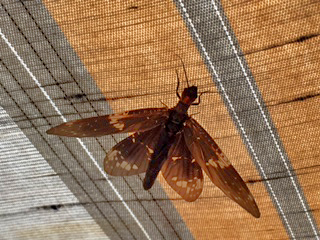 Support from UMBC’s CIRCA/CAHSS Summer Faculty Research Fellowship.  The above photograph is Jess, biological science PhD, demonstrating how to collect and identify invertebrates from the Popular Stream on UMBC’s southeast of campus.  She is Dr. Tracy Smith’s TA who is running the biology lab. We will begin collecting and imaging lifeforms on UMBC’s campus so that I can learn how to collect, prepare and image the lifeforms from the MCEEC’s location.