November 24, 2014
Today, I had the privilege to attend and witness the closing of a period of Sparrows Point history with my colleague from CAC, Mary Manning, technical director. 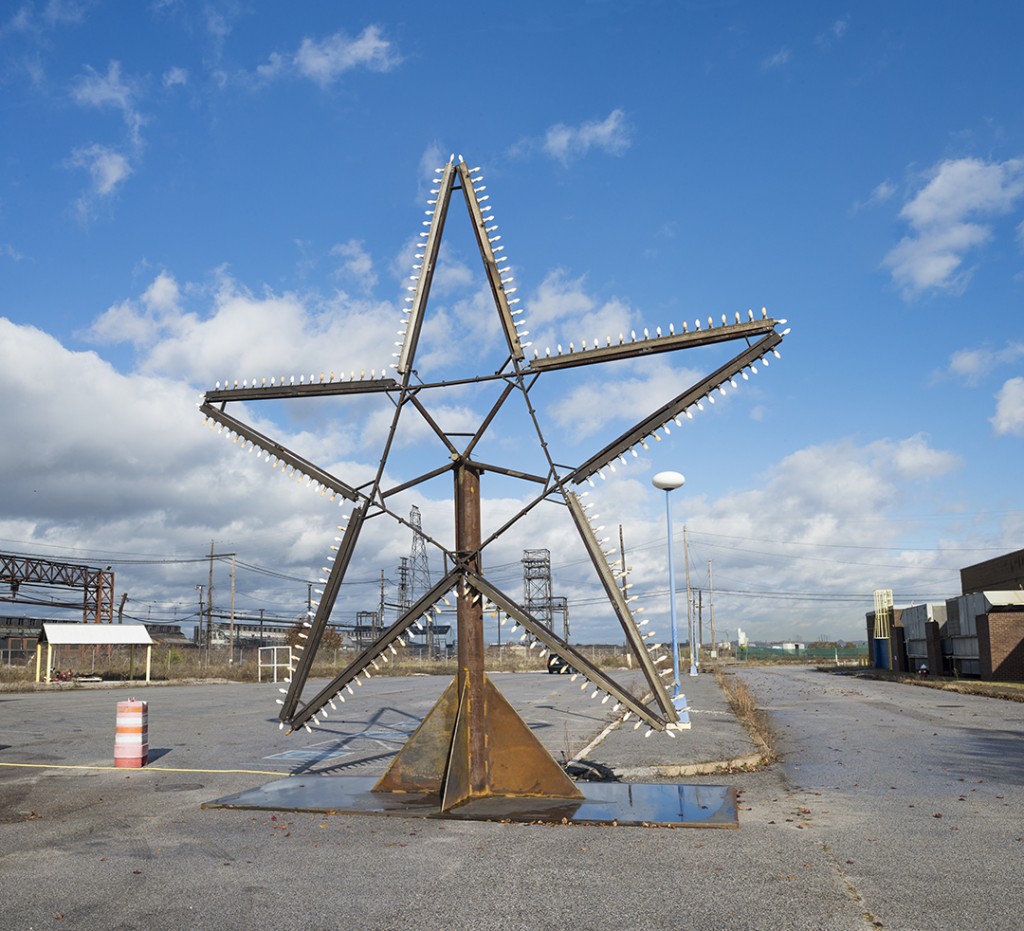 Here is an image that gives the Sparrows Point star scale. 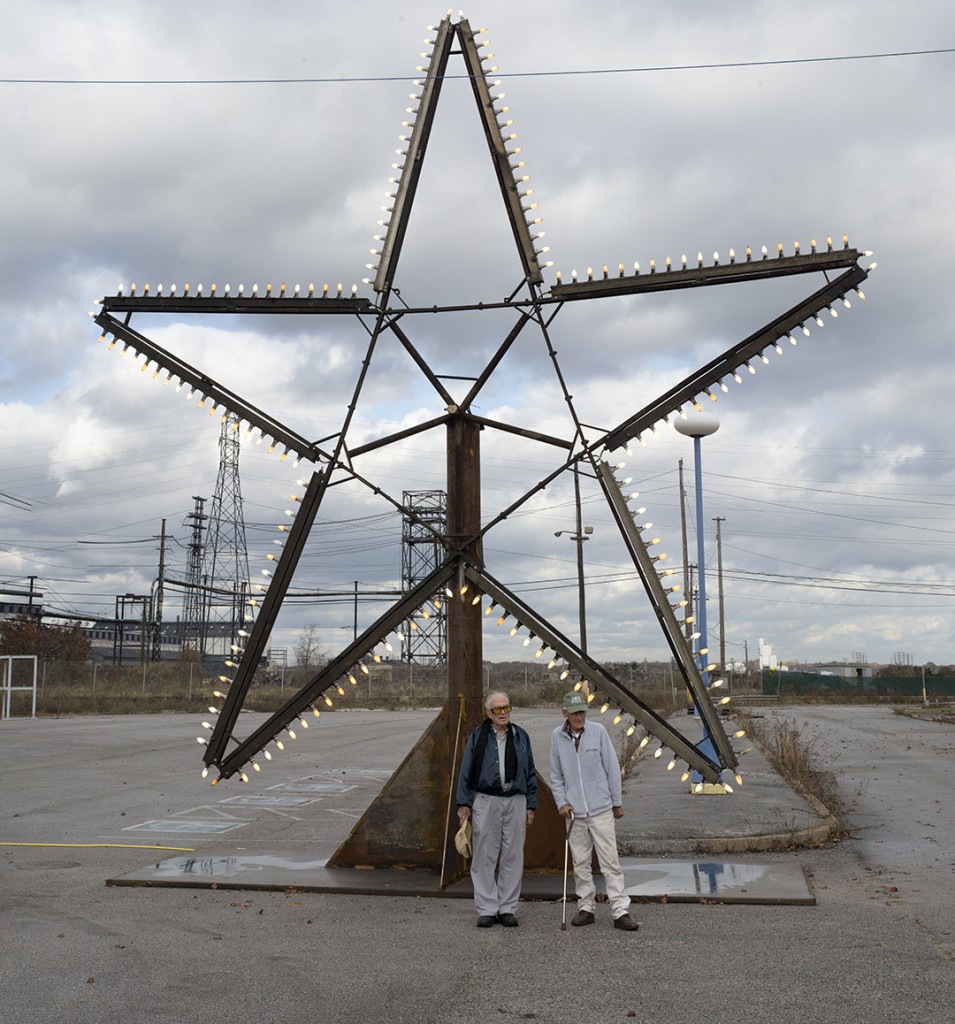 The men at the base of the star are SP steel workers, one on the left is Lester Foster, whose card he gave me lists him as a “minuteman” with the National Society of the Sons of the American Revolution. He was with the company for over 45 years. His friend on the right worked with him for a number of years. He was eager to tell me his story about the time he spent in the bowels of the simmering furnace.

A cake to celebrate changes in the Sparrows Point community. 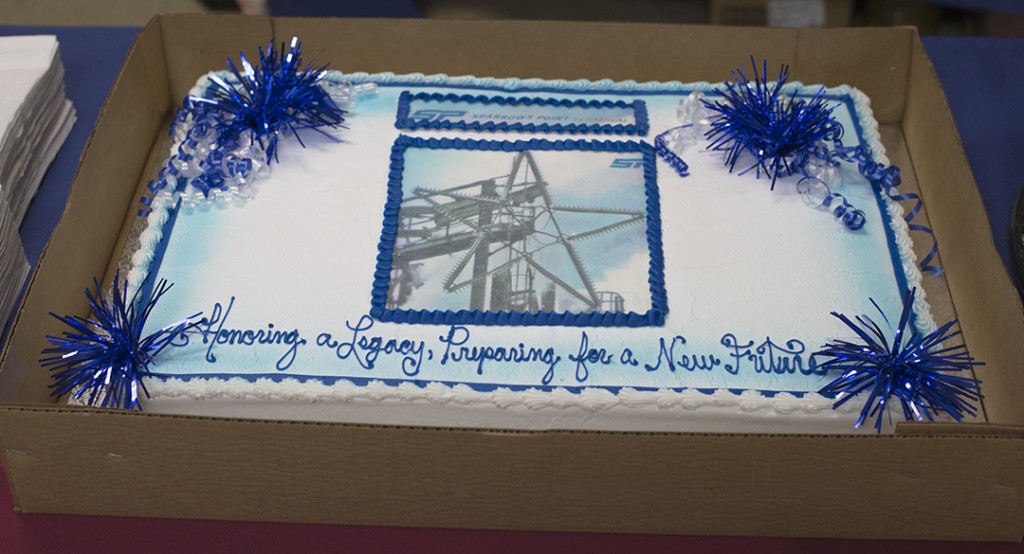 The star in the photograph was located on the left side of the building in the Google map. As of 112414 no one knows where the icon will end up living. More information about the Sparrows Point backstory can be found here, Mill Stories produced by colleagues, Bill Shewbridge and Michelle Stefano. We worked together in collaboration with the Marc Steiner Show May 7, 2014 that resulted in five short radio programs that involved four classes supported by the BreakingGround initiative from UMBC.

Program from the event: 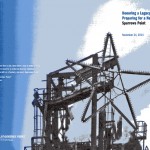 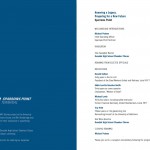