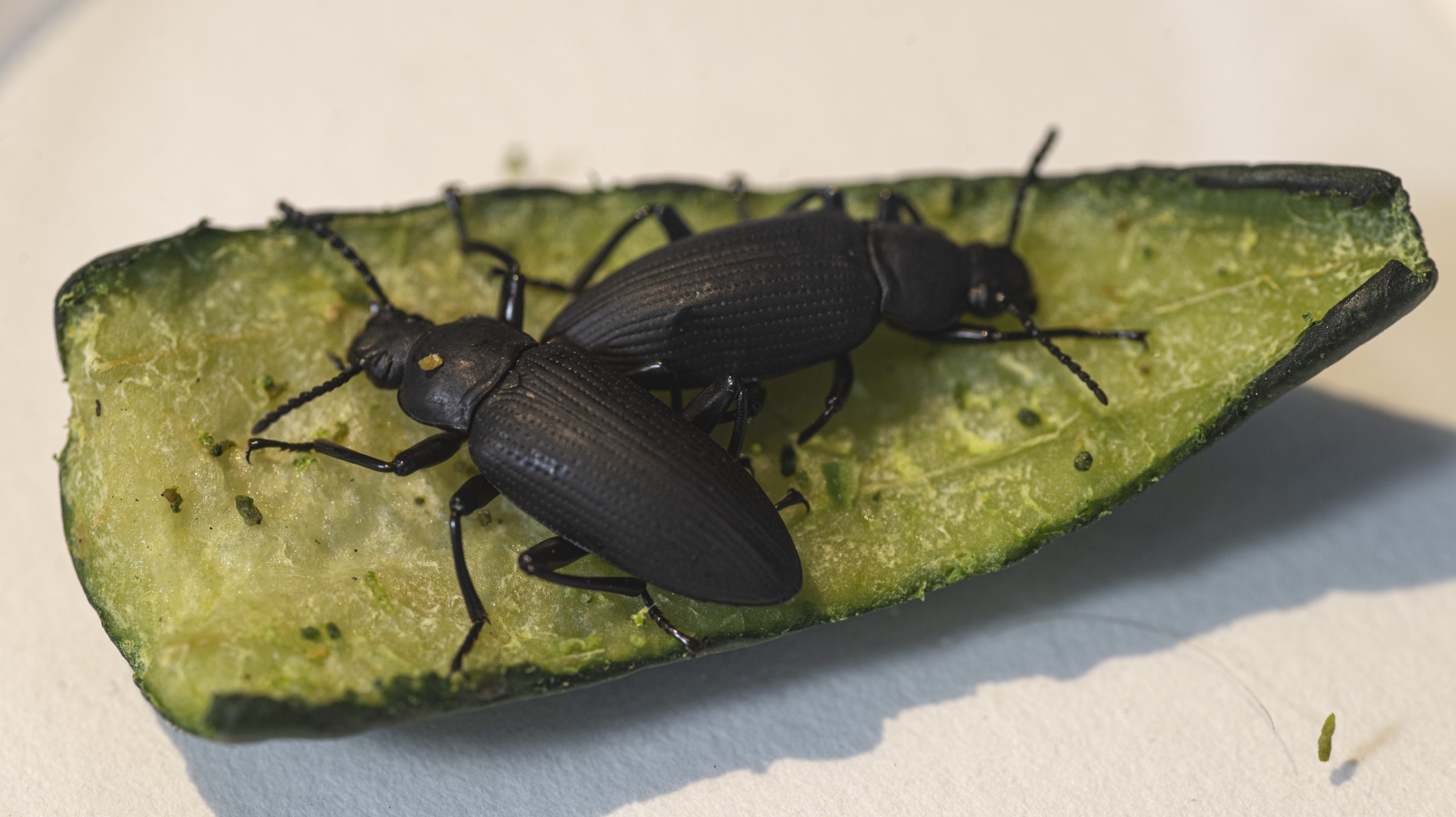 As part of the CIRCA/IMET AiR project, I connected to Dr. Allen Place, who is raising special Tenebrionidae beetles that he is breeding to grow mealworms that will eventually be processed into food for salmon that is being held in the ARC in the basement of IMET. The food is special in that it has high protein and supports the salmon’s biomes. Dr. Place gave me about 20 of the beetles, 1/3 females and 2/3 males for me to “listen” to them and to learn more about potentially breeding. The following soundtracks are from a recording set up in a cool dark and quiet place located in my basement. As far as I can tell they do not vocalize, though, in several instances, I think I can hear some small squeaking sounds, but am not sure. For the first 3 tracks, I am using a stereo pair RODE M5 mics and two “marshmallow” contact (battery-powered) mics to capture their sounds. Most of the sounds are from the beetles scratching, moving around, and eating.

The following is a live performance that I did with the Tenebrionidae beetles in a live context that is connected to the international sound project, Telepathic Ensemble made up of a group of artists from mostly Ireland and mainland Europe. https://unisol.bandcamp.com/album/2208-beetles In the performance, I had an ultrasonic detector nearby to pick up any sounds that might be out of human hearing range. The next group of recordings I am using in place of M5 the ultrasonic device along with the contacts microphones.