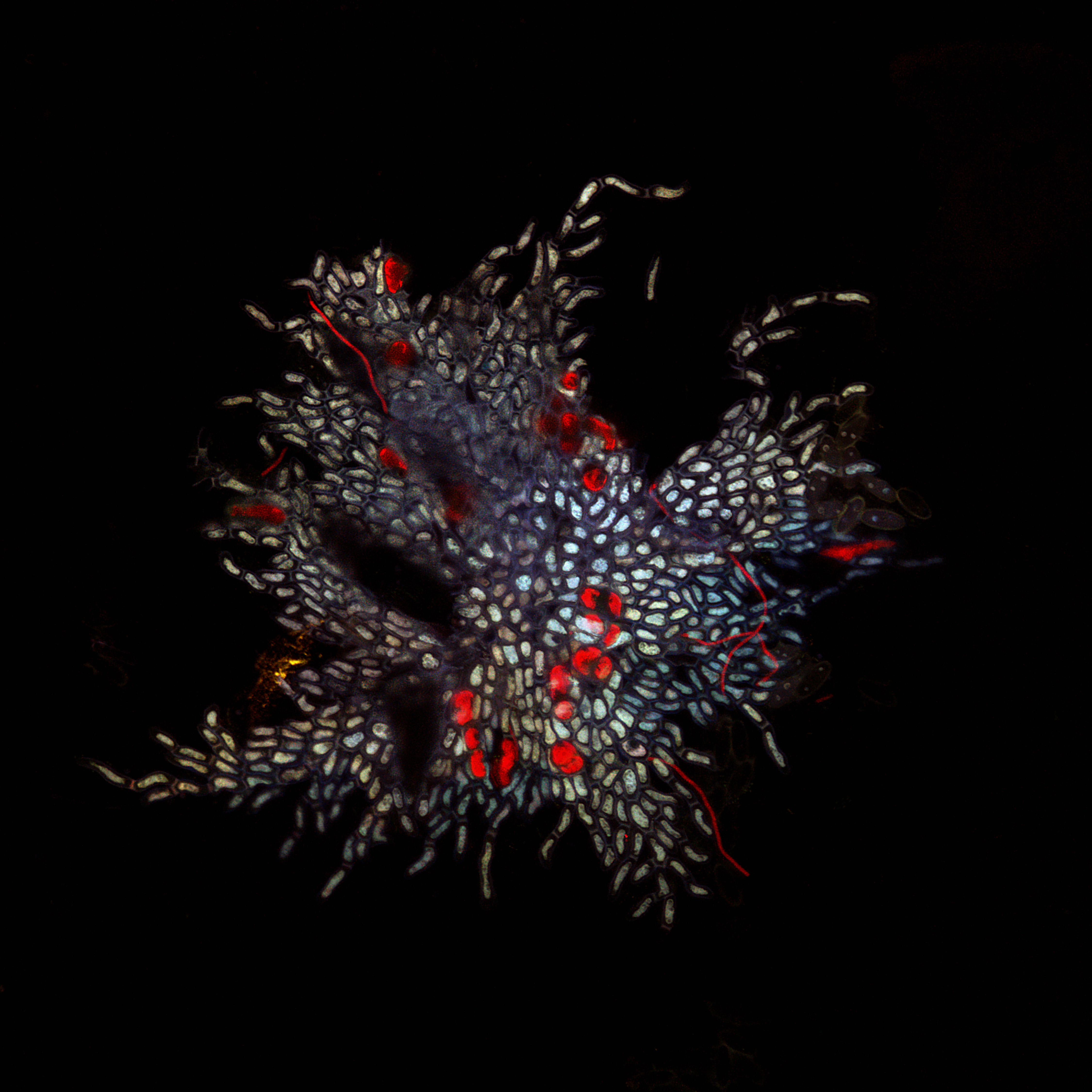 Autofluorescence image captured through the Keith Porter Image Facility, UMBC.  WEBT is a collaborative project between Stephen Bradley & Dr. Tagide deCarvalho, UMBC. The process is called autofluorescence a natural emission of light by biological structures such as mitochondria and lysosomes when they have absorbed light, and is used to distinguish the light originating from artificially added fluorescent markers (fluorophores). The bug was sampled from Masonville Cove Environmental Education Center, next to Brooklyn & Curtis Bay, Maryland, August 2017.  The overall project is called Water’s Edge, Biome Tells, funded by a CIRCA UMBC summer research fund. 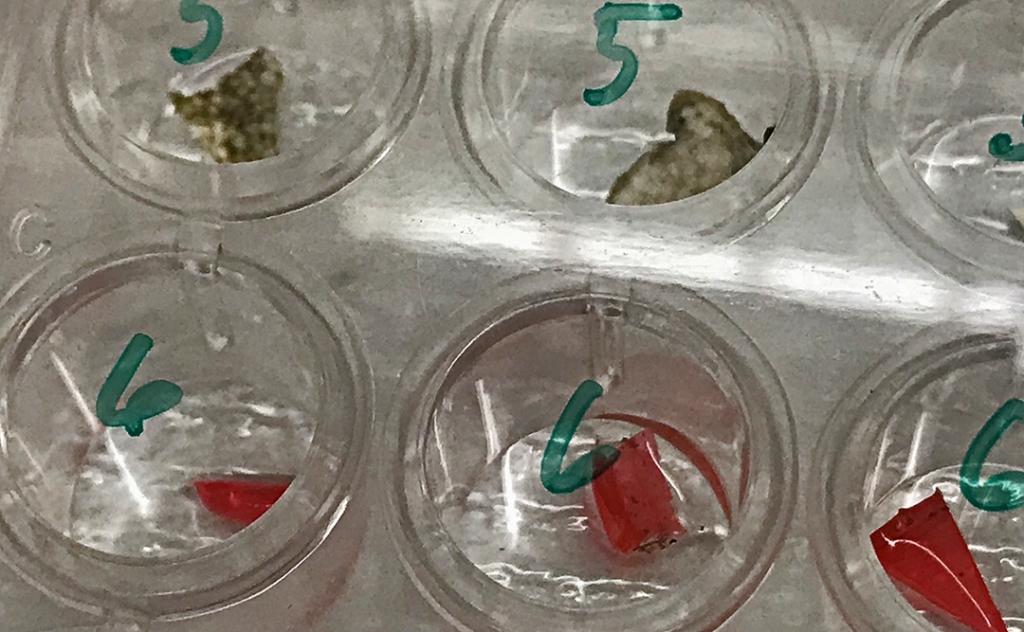 Detail of the sampling tray with cultured micro-fragments of trash found at MCEEC shoreline. 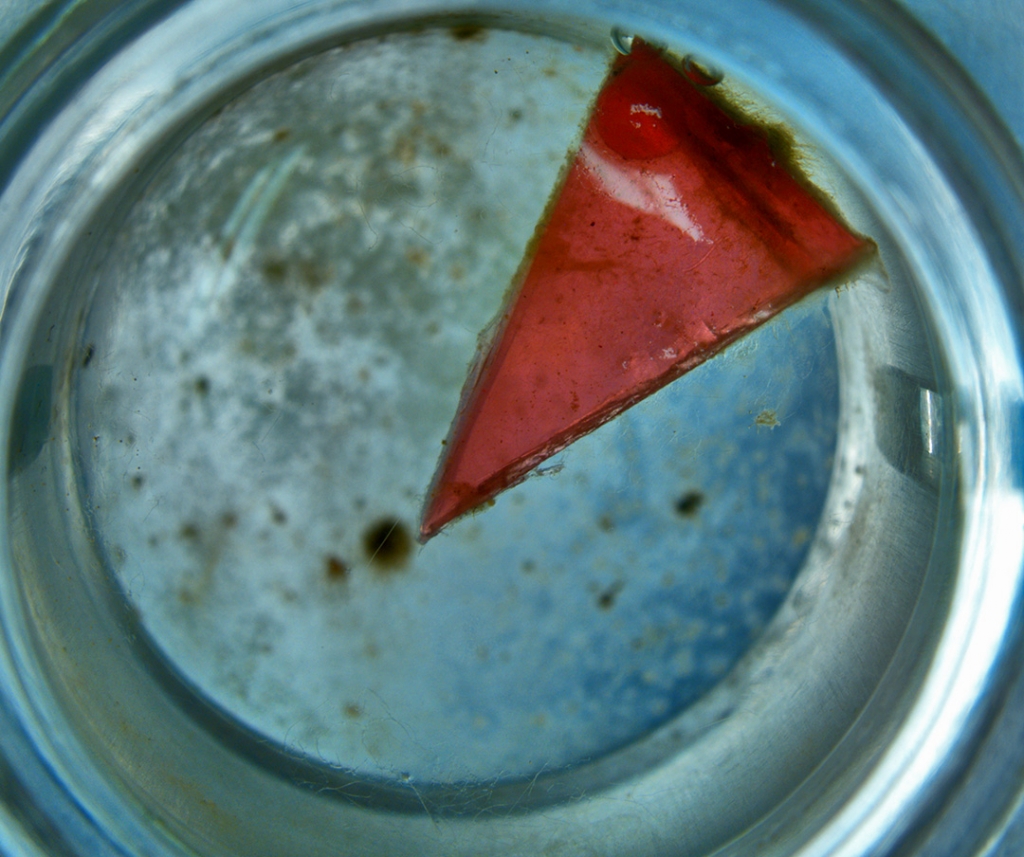 Macro view off the trash with biofilm on the edges.  Culture was initiated October 2017.  Date of above image is approximately January 2018.  As of June 2018 the culture has been maintained and has stabilized.  Cultures are currently housed at the Keith Porter Imaging Facility and my studio lab. 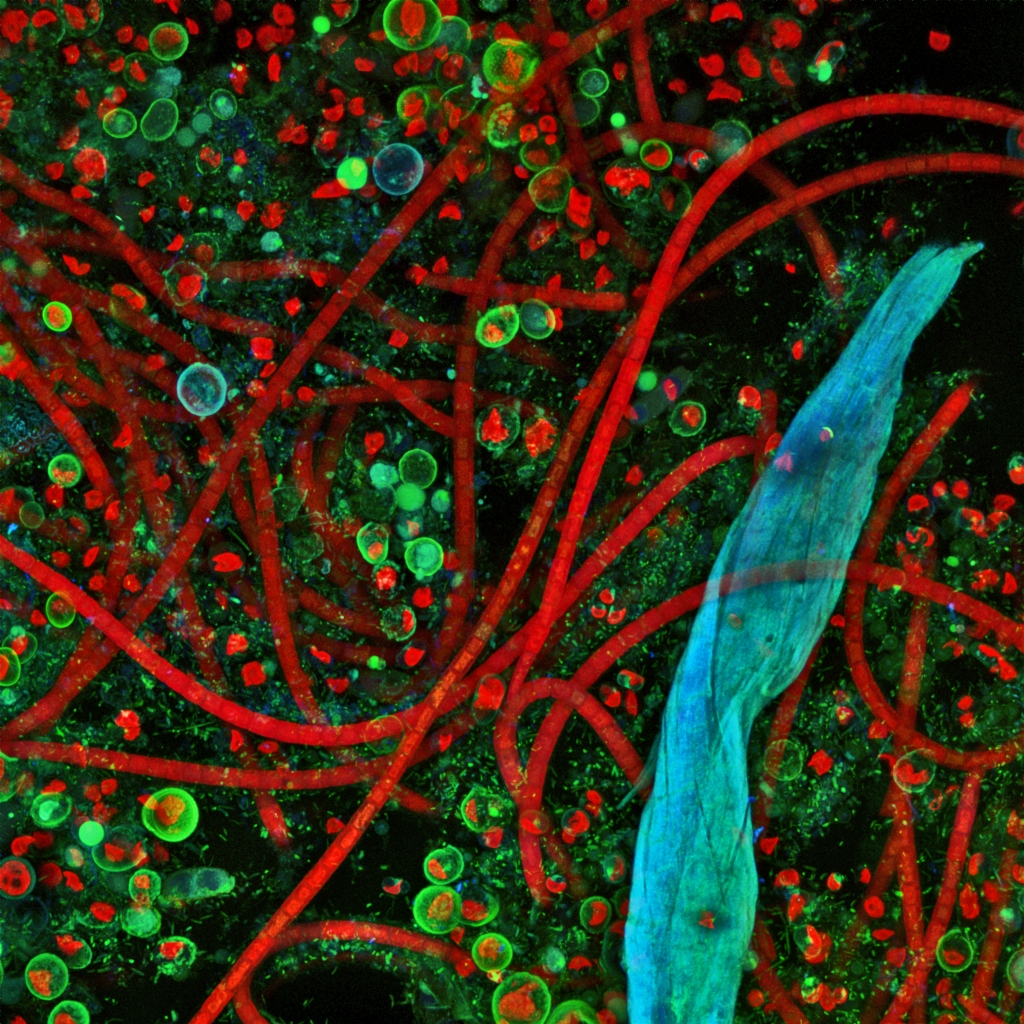 We chose to keep the microorganisms in tack with the environment in which they were collected that includes micro-fragments of debris. 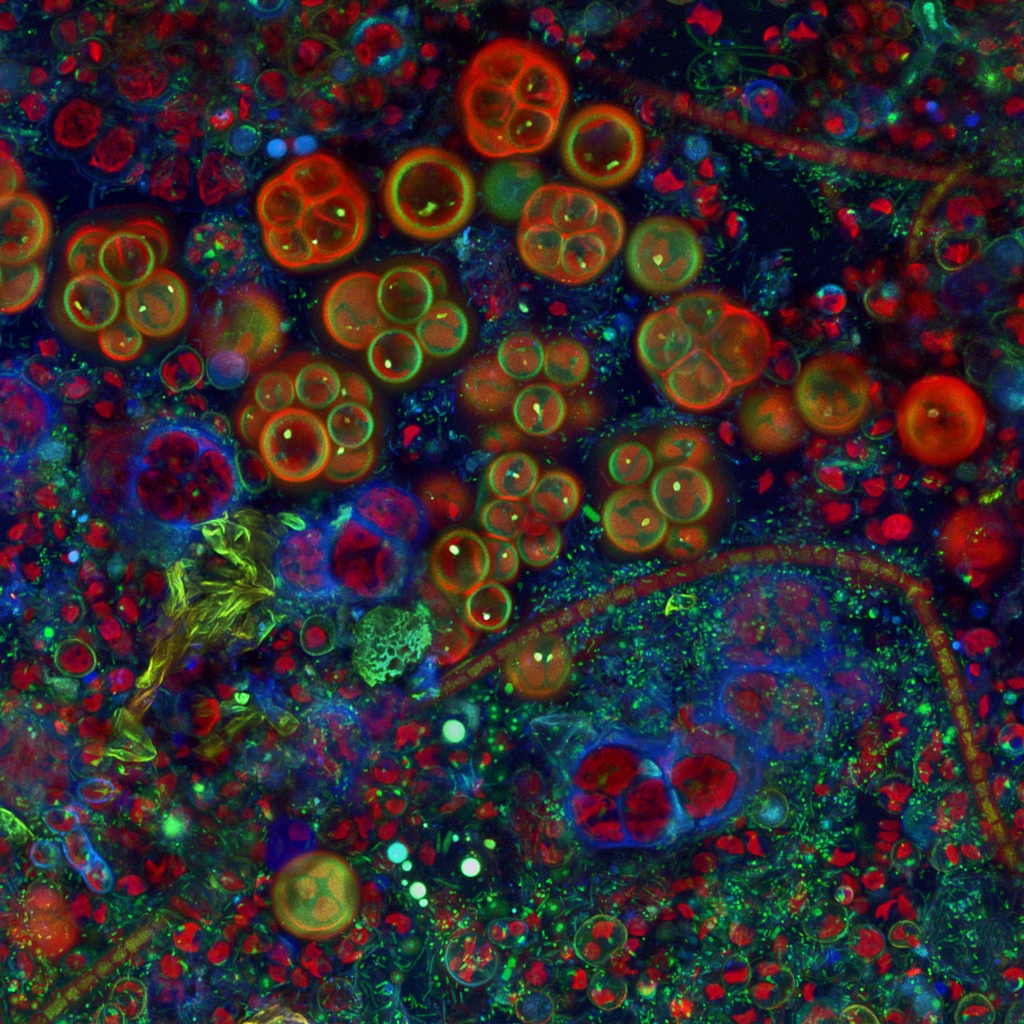 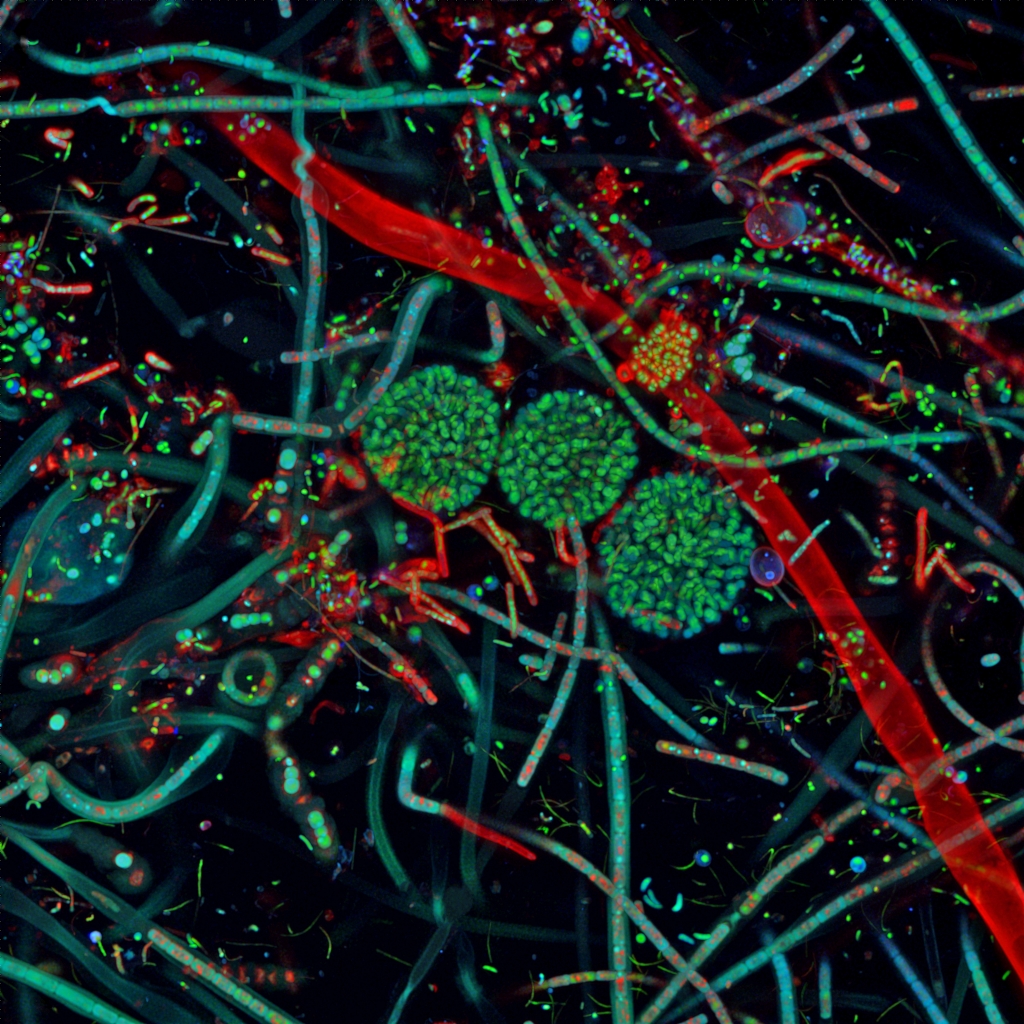 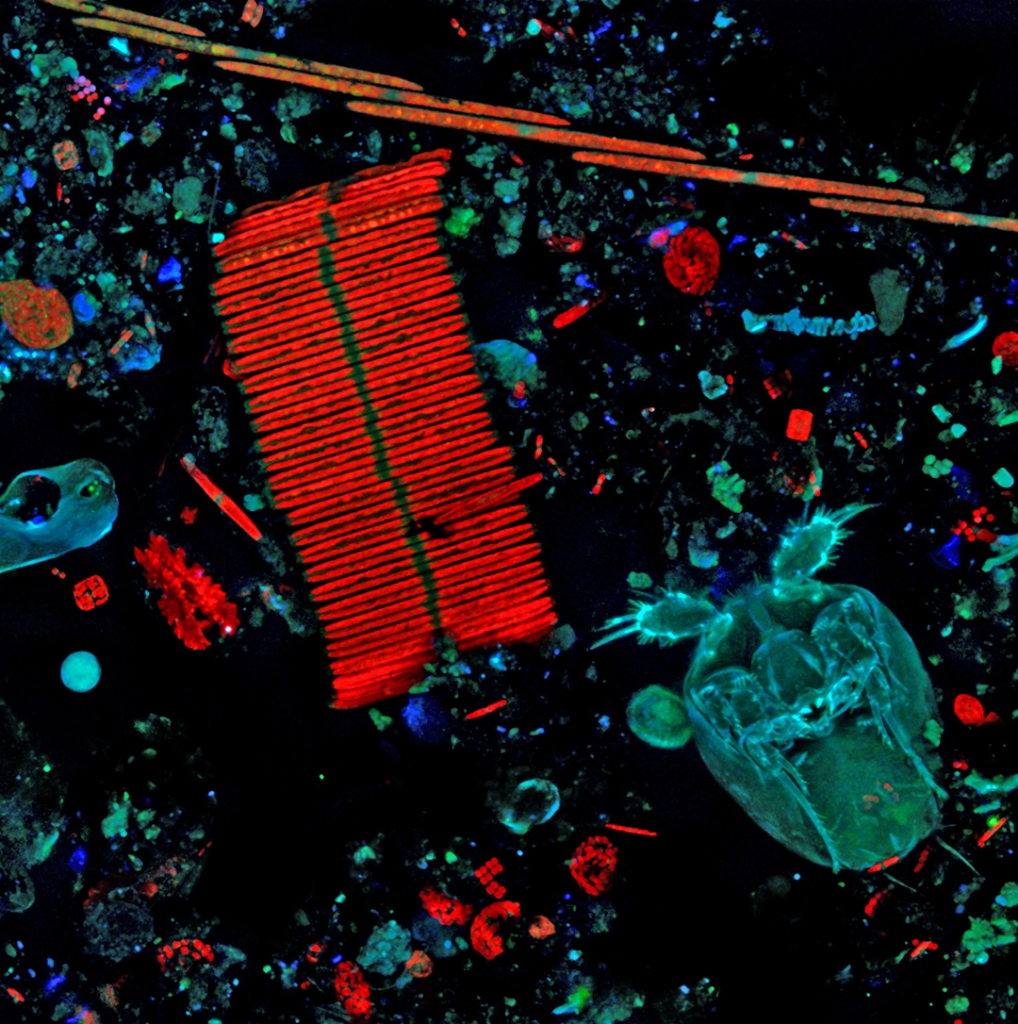 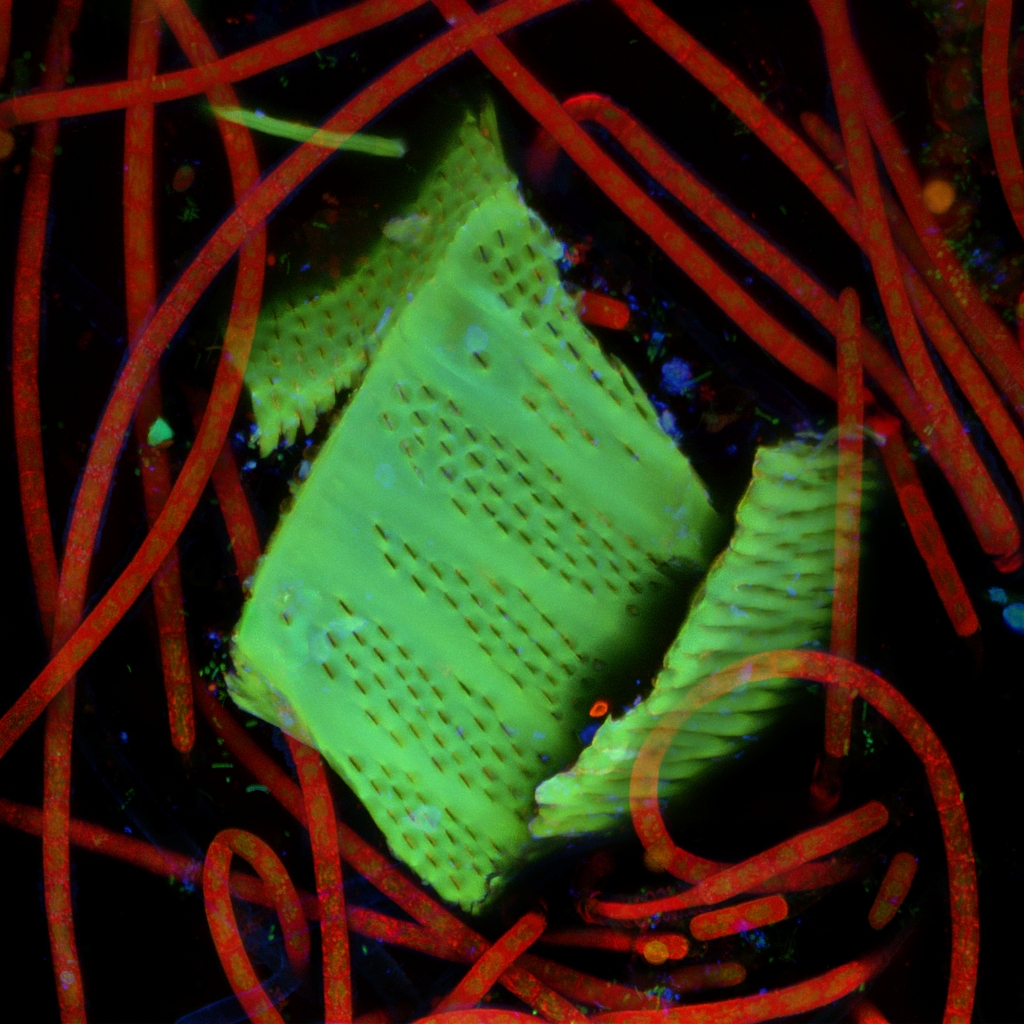 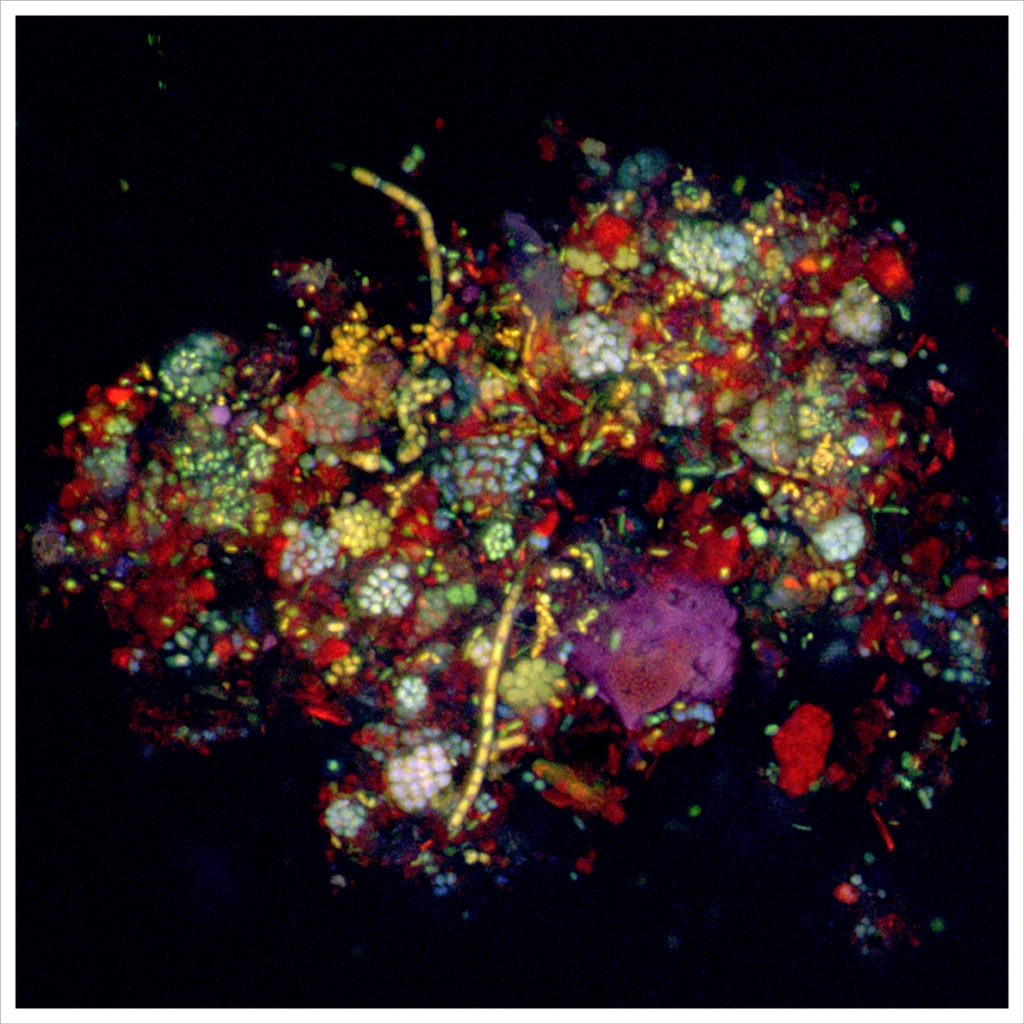