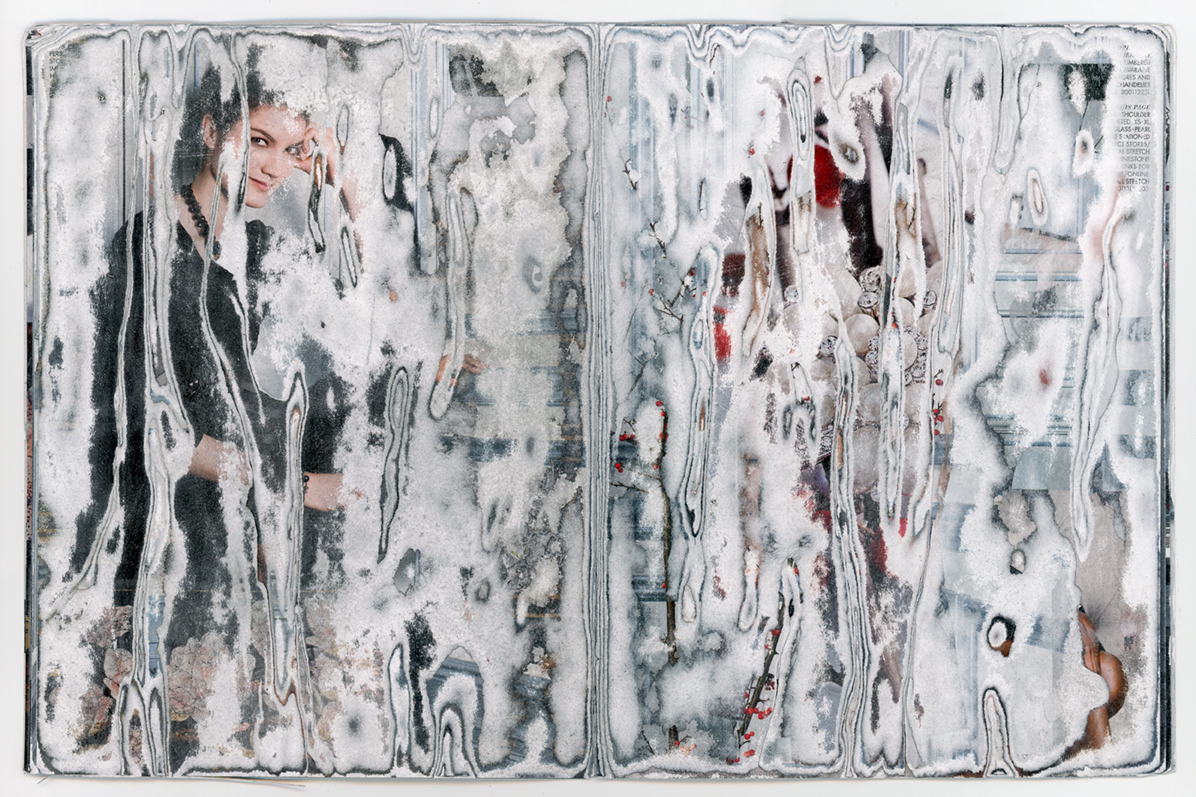 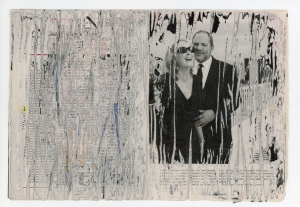 Mediated Topologies – is a series based on found magazines, medical and science text books, pamphlets, advertisements, and other commercially printed matter.  Multiple pages are glued and stacked together into a solid object once dried is then sanded through the various surfaces of the glued object to different layers.  Mixing the various texts, image and adds to create a painting of sorts. The outcome of the technique is dependent on the paper and the duration that it is soaked with the clear acrylic varnish.  To see the series so far, visit: here. 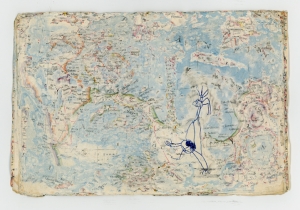 NOTE: this image above, “Europa Dance” was found discarded on a subway in Helsinki, Finland going from north to south part of the city. The drawing on the map appears to be that of a young child, which I maintained as I sanded away the rest of the area.  This was the first of the series.