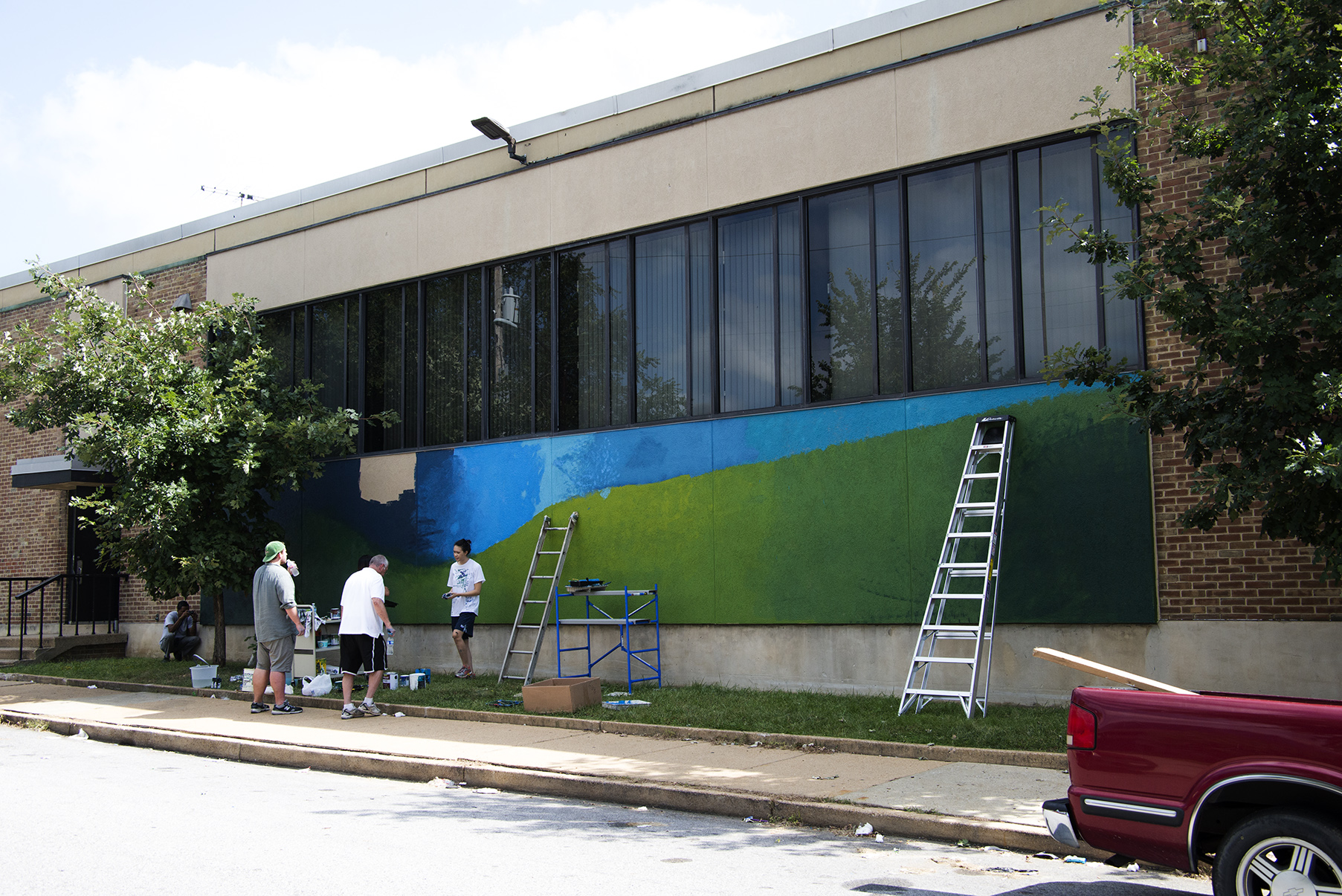 UMBC students and myself collaborated with community members on a beautification project that resulted in 3 murals located on the outside of the Brooklyn Enoch Pratt Free Library, Baltimore City. 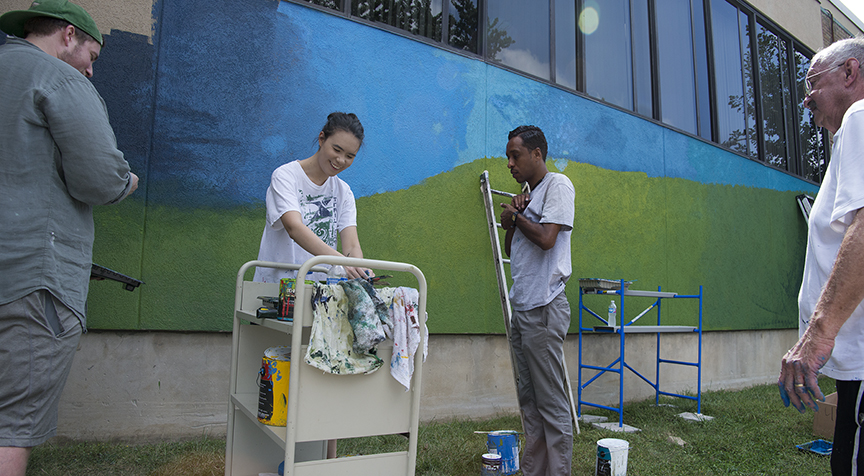 Check out the before photos further below. This project would have been impossible with out the generous support of the Friends of the Brooklyn Enoch Pratt Free Library.   Thanks to Deborah Wolley from BFHS who introduced me to Linda Schwartz, director of the library.   We immediately discussed ways we could corporate  with improving the looks of the library with the murals. 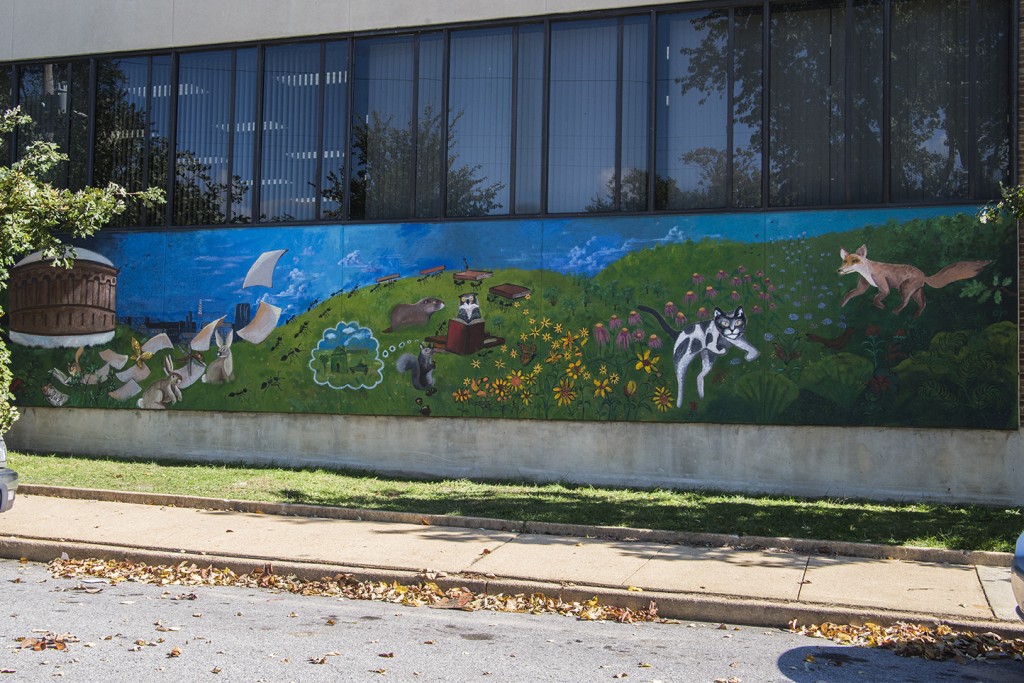 Lefthand side of the entrance to the Brooklyn EPF library. 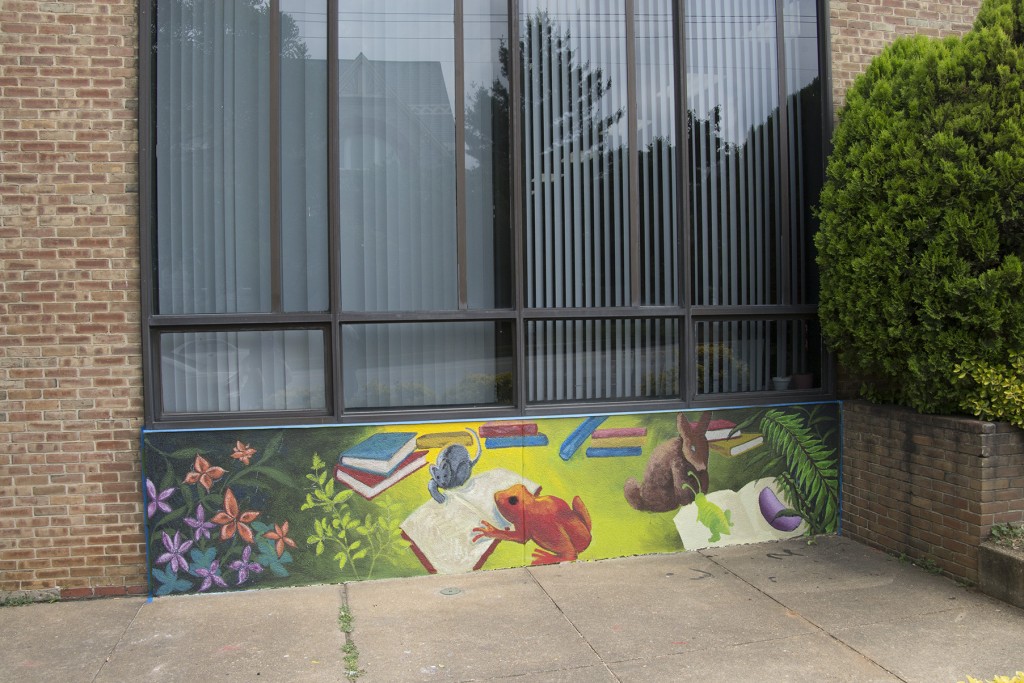 The content and style was developed through several early meetings with Benjamin Franklin High School art students, thanks to Ms. Jessica Chambers.   Natalie Y. was in charge with managing the content and in the end painting a majority of the mural.  Natalie is a 4th year animation major from UMBC visual arts.   Mai T. was responsible for the faces on a majority of the animals.  It was interesting how a number of people were disturbed by the animals not having faces.  We assured community members that that would happen soon. Zoe G. was in charge with researching and drawing the plant life in the murals.  Brian D. added unique elements such as the dragon fly that appeared to be in the 4th dimension moving in time and place.  We worked together with several community members such as Fred who was our best supporter through out the process.  He supplied us with painting tools and a couple of ladders. 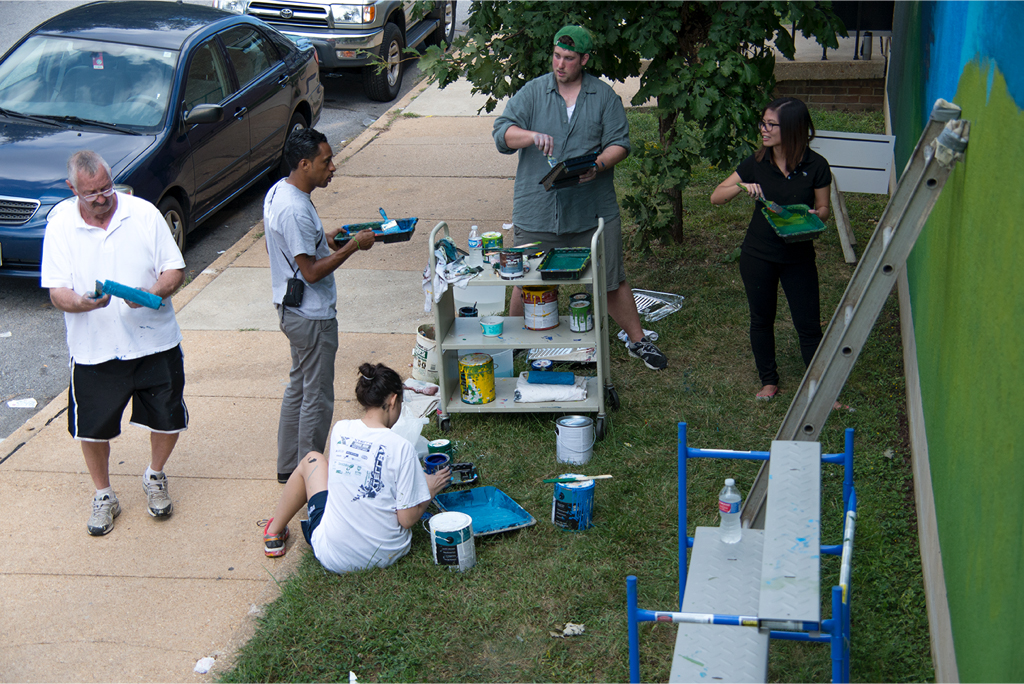 Fred, Jonni, Natalie, Brian and Mai working through the process. 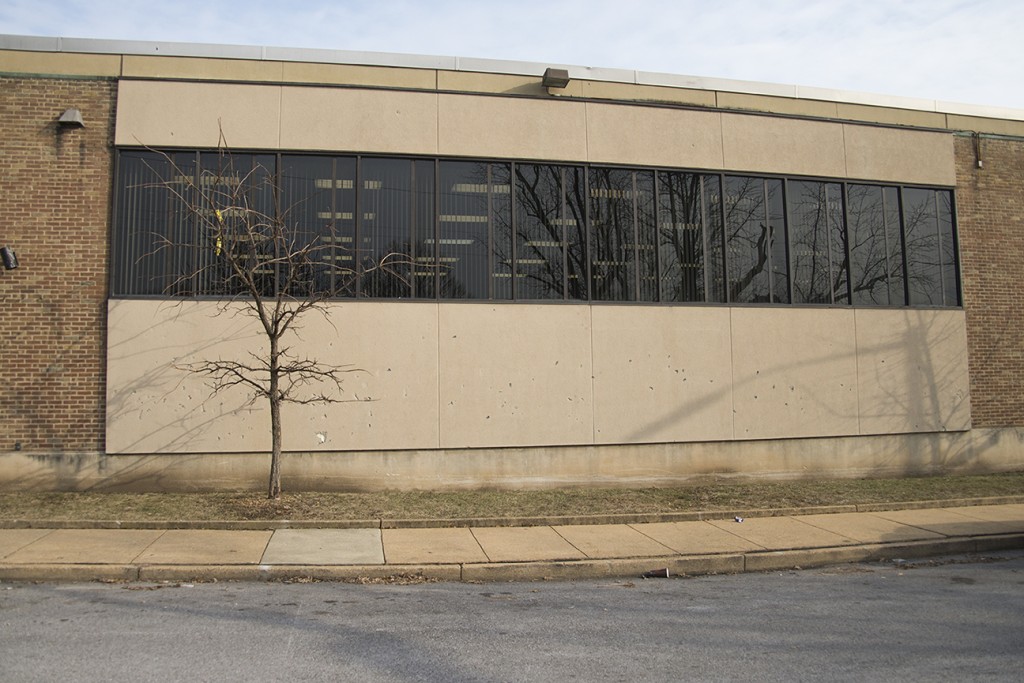 Before the refurbishing of the walls and the mural. Photo taken 2013.

Our next project is to begin at the Maree Faring Middle School just up the street of the library.  We are working with the MICA Design School principal to put together a team to work on improving the interior spaces of the school.