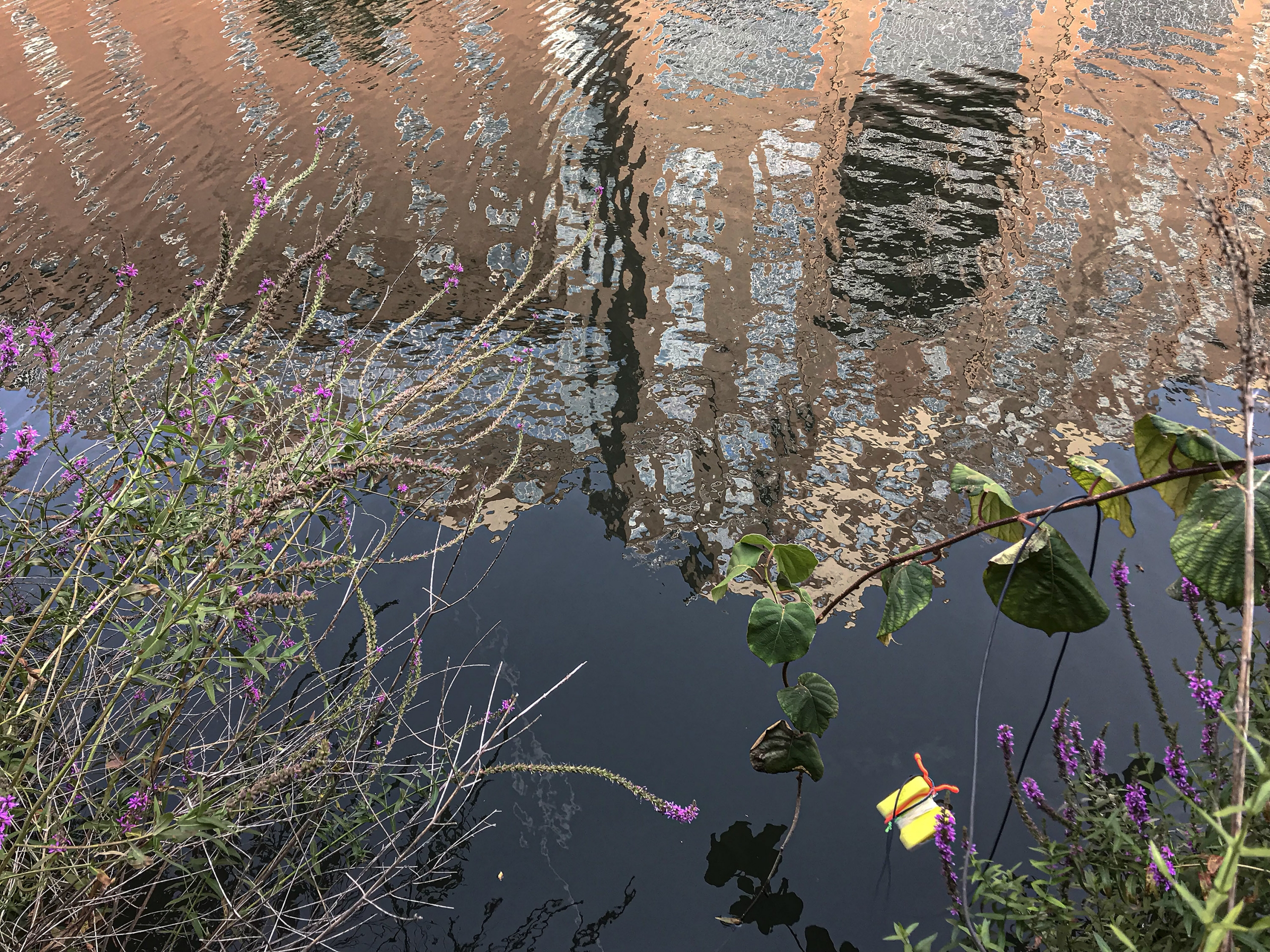 This past week I began to experiment with spectrographic imaging based on underwater recordings from the Inner Harbor using the software RAVEN. A baby step towards understanding what I hear vs. what is actually being recorded.

The sound that is heard is the sound of urban runoff into the small canal-like area from the pier. Just off in the distance in the recording is the sound of traffic traveling over the Jones Falls overpass, East Pratt Street near Presidents Street. Vibrations from the automobiles on the pavement are traveling through the concrete into the body of the water transmitted out into the Harbor. On the other side of PIER V used previously for docking larger ships in the Harbor the sound drastically changes in higher volume (by 3-4 times the above location) as you can tell by this next recording. A note about the following recordings. These are originally recorded in mono, but through some doubling of the sound file and subtle EQ treatments, it sounds like it could be stereo. It reminds me a bit like those fake-3d optical toys.

This week (083121) I began testing a stereo hydrophone set up using an official lifesaver ring. The location is Pig Pen Pond, at UMBC. There was sound, but it was very quiet. I will return soon and test the device in a different location where there is a small stream that enters the pond. This week we will be receiving a lot of rain so it will probably have to wait until a week or so as the levels and life form resume their normal pace. Next week I will return to the harbor with the stereo system and begin recording at two new sites.

ABOUT: B-BEH a multi-disciplined collaborative project, expands upon an existing biodiversity study of the urban Chesapeake Bay.  A group of scientists from the Institute of Marine and Environmental Technology, National Aquarium, and civic-scientists and artists from Baltimore Underground Science Space contributes to this biodiversity study.  B-BEH focuses on the role of sound that surrounds the study while adapting the cross-disciplinary science of bio-acoustics to identify healthy acoustic environments.  B-BEH will raise awareness of the effect of human noise on delicate urban estuaries. “The aquatic environment is increasingly bombarded by a wide variety of noise pollutants whose range and intensity are increasing with each passing decade. Yet, little is known about how aquatic noise affects marine communities.”