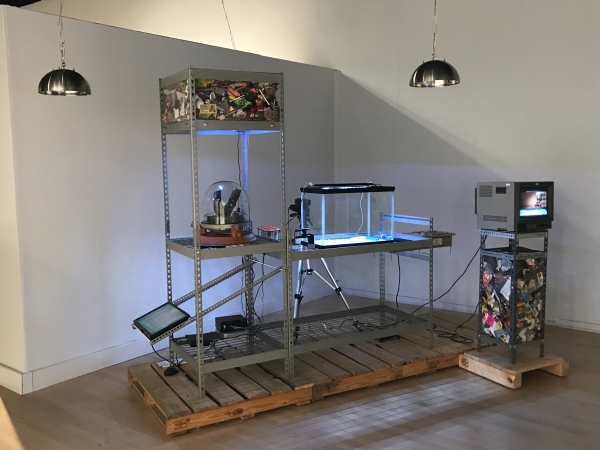 The new work, Oh, Murky Waters Chorus is inspired by a biodiversity study by a diverse group of civic scientists, local ecologists, and artists/designers from the Baltimore Underground Science Space (BUGSS) and scientists from Institue of Marine and Environmental Technology (IMET). Not shown in this photograph will be a biodisc that will be installed in the aquarium in the very near future along with 19 gallons of Harbor water. What is a biodisc? It is a system for collecting bioorganisms from the water. Organisms attach to the biodisc and make it their home. The biodisc is pulled up once a month to be documented, scrapped and biomaterial sequenced as a DNA to identify all the organisms in the water. The sound component is generated from electrical currents in the water agitated by the organisms’ activities that general a sonic ambiance that floats above the head of the viewers. Next to […]