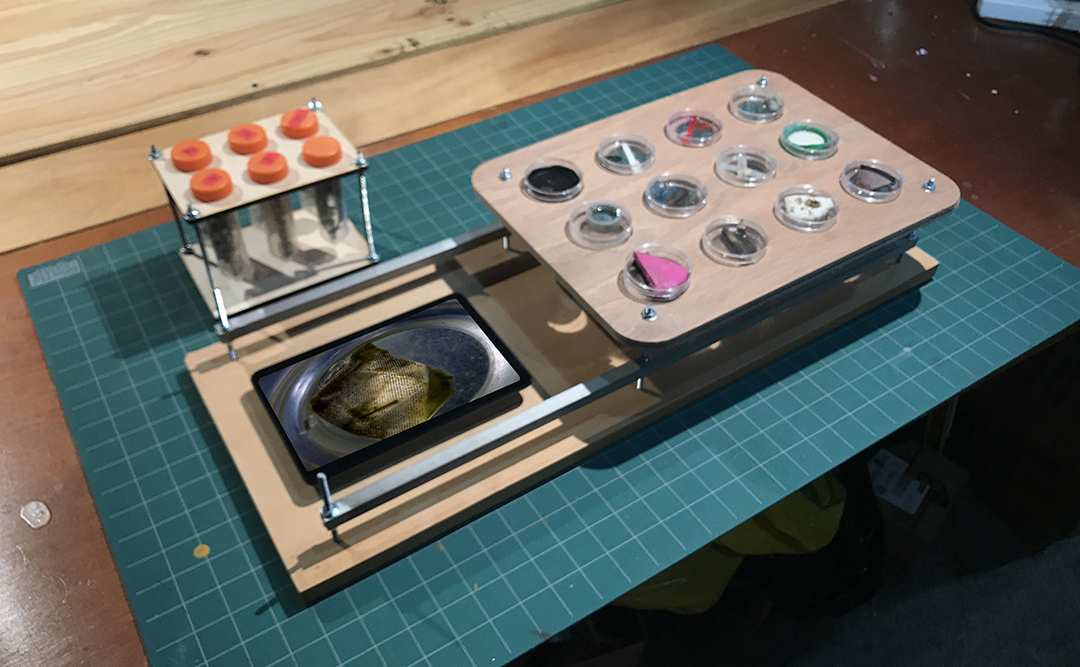 The following is a prototype container system for culturing biofilm sampled from fragments of trash found at the shoreline of Piscataway Park, managed by the Alice Ferguson Foundation (AFF), Accokeek, Maryland south of Washington, D.C. The image on the iPad models the potential viewing system that will have cameras trained onto each petri dish sample. 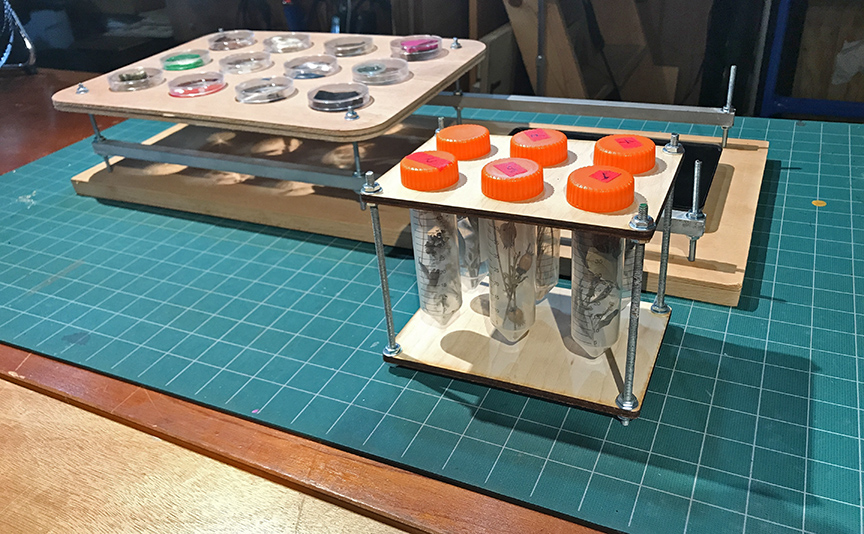 The lower portion of the system demonstrates how the petri dish with the trash fragment sand growing broth create smaller projections onto the surface below. This opens up an opportunity to further magnification and time-based imaging/real time viewing of the biofilm’ life cycle.

Ideally, the iPad or similar interactive device will control the multiple cameras embedded in the lower portion of the device. The six-sample bottle system contains dry samples from the AFF field near the shore.

The following are details of the petri dish with trash. 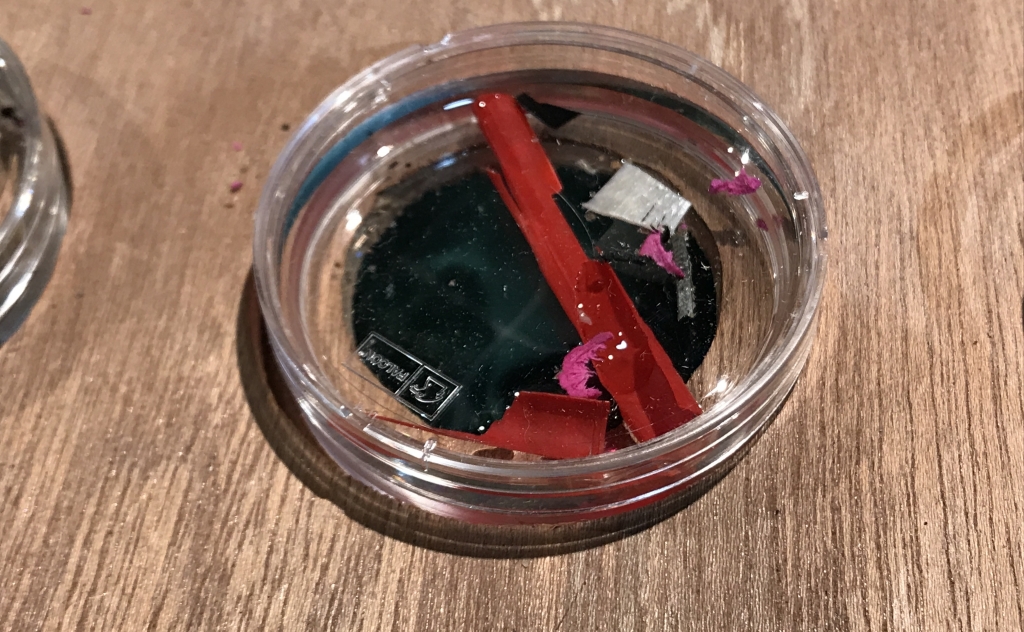 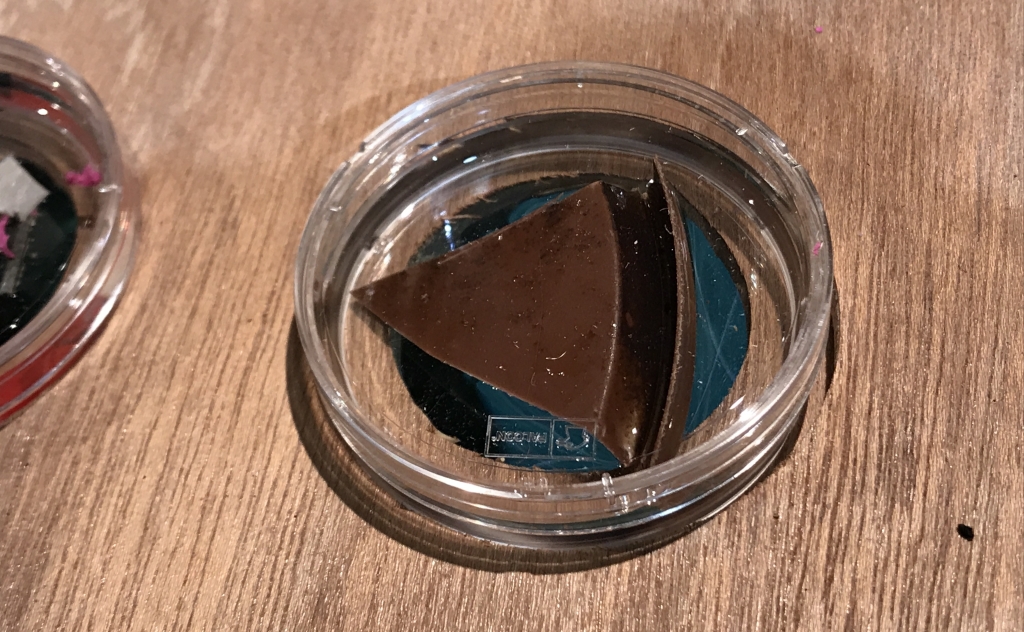 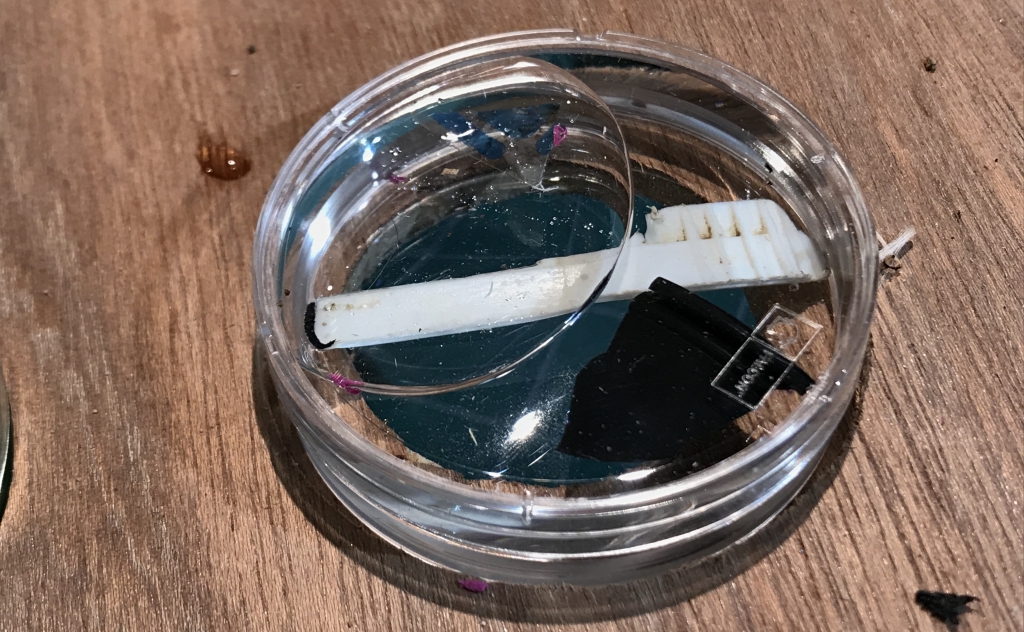 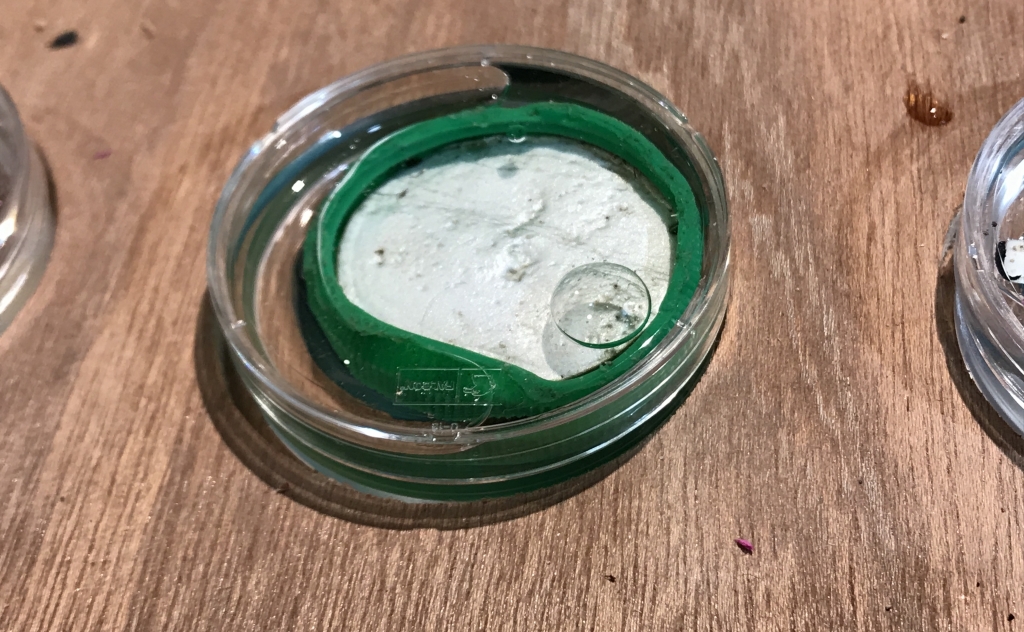 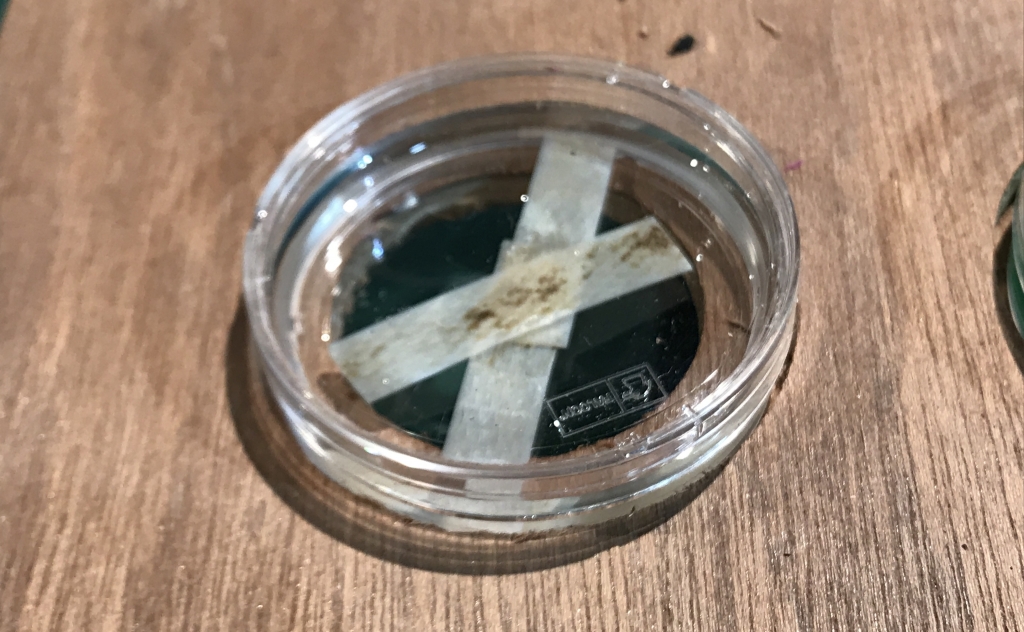 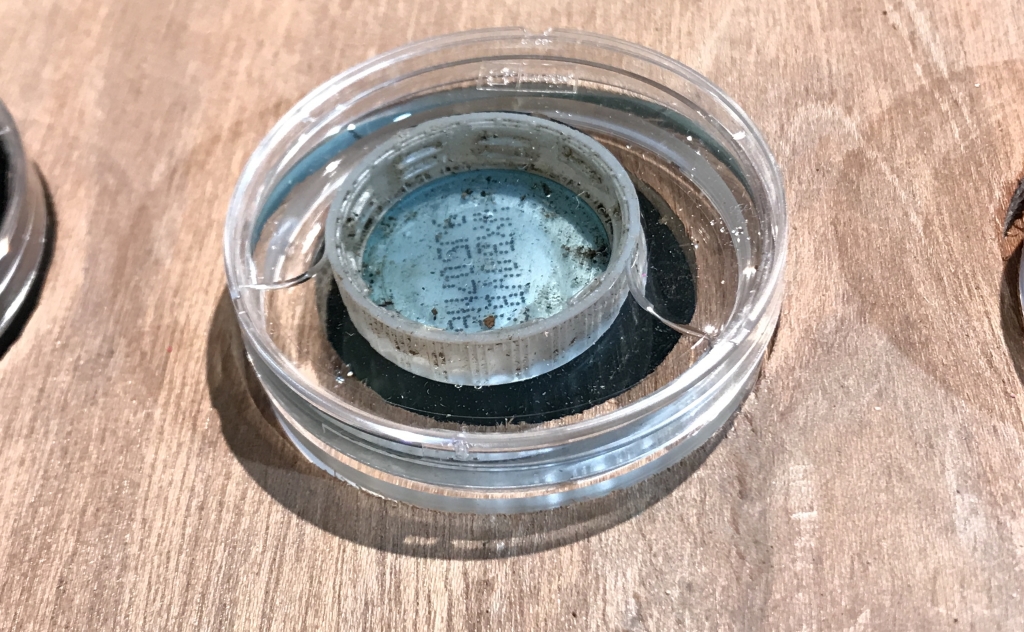