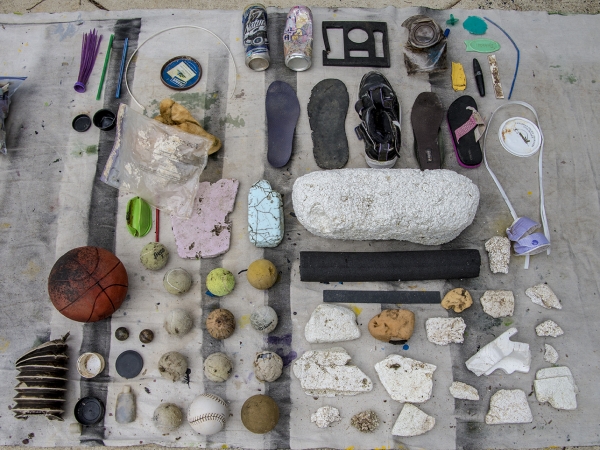 The following projects trace my early relationship to solid waste in America and how we seem to be drowning in our success is creating stuff, unable to figure out what to do with it except sweep it under the rug, deposited in a landfill. Inspired by the 1989 Mobro 4000 trash barge that traveled halfway around the globe trying to find a place to dump, I created Eco-Core Sampling Project that incorporates eight one mile walks in various areas of Tallahassee, Florida. I collected trash on eight walks, including public and private spaces where trash might be found then installed the collection into the window segmented into eight quadrants. LOCATION: Window on Gaines Street, Tallahassee, Florida, 1989  The trash was weighed and documented by photocopying each piece noting the source, company, a personal address, or other text information which might be pertinent to locating the place of origin.  The debris from our successful consumption […] 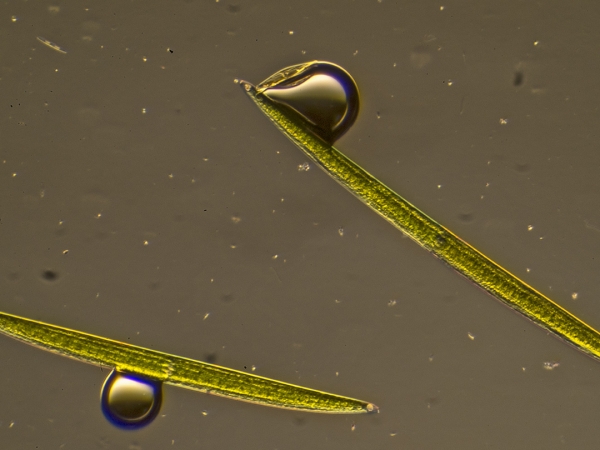 “Everything now came before me in new and beautiful and remarkable forms.  I began to see and hear not only the outer forms, but also the inner content, the nature and the history of things.” Ernst Haeckel, describing the microscopic radiolarian forms he was drawing and researching around the 1860s.  Radiolarians are tiny protists that live inside the intricate silica shells found at the bottom of the ocean. Water’s Edge, Biome Tells (WEBT) is an interdisciplinary art-science research project that focuses on the microscopic life forms found within the littoral zone of the brackish shoreline of the Patapsco River’s Middle Branch at Masonville Cove in the Brooklyn community of Baltimore. For many years, micro fauna and flora that reside at the water’s edge of Masonville Cove have been subjected to high levels of pollution due in part to the dumping of dredged materials from the Baltimore harbor, compounded by […]