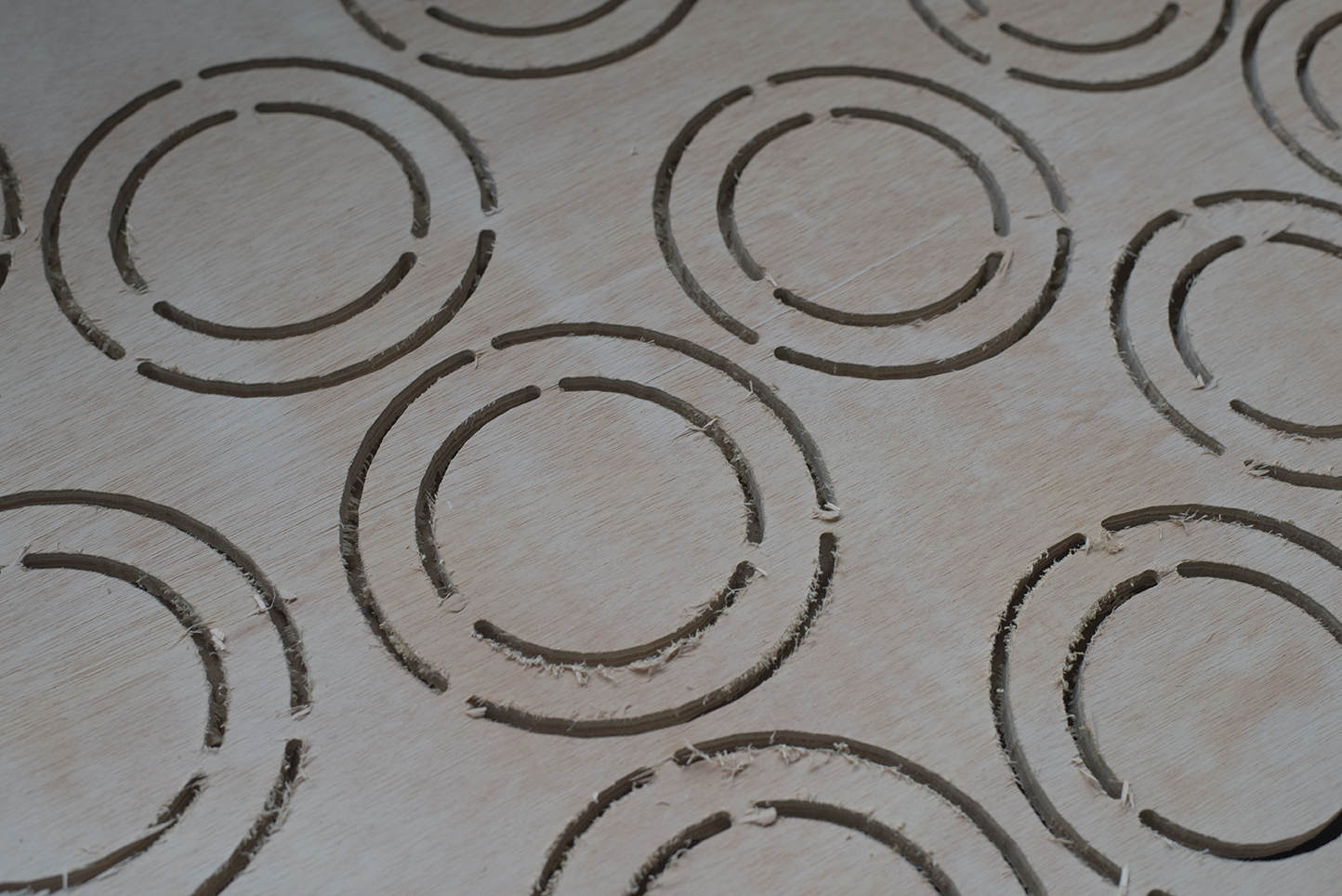 Working out the final details – sketch for how the hardware will secure the upper and lower portion of the object to the base, the abandoned shell of the LP player that container the electronics and the computer. 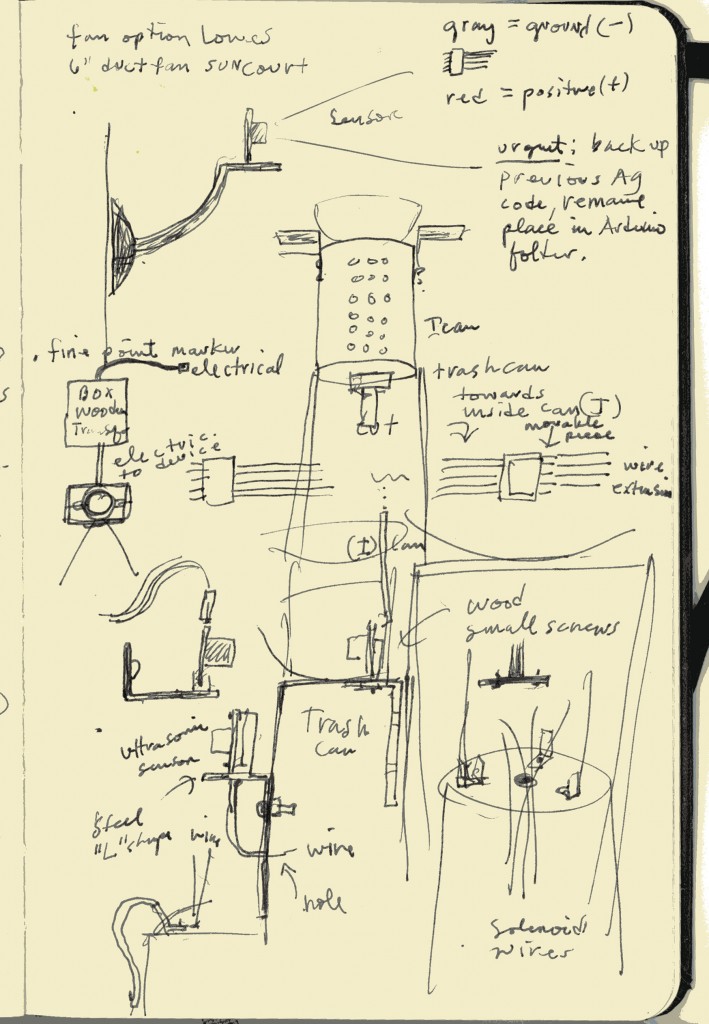 Posted earlier in the month, I added this drawing of the overall structure of the object.  Also included is a photograph of the current stage of the signing bowl object.

This is the overall prototype/ model of the singing bowl project.   The next step is to add the hardware to attach the top portion to the tin trashcan and the lower portion onto the old retrofitted LP box. 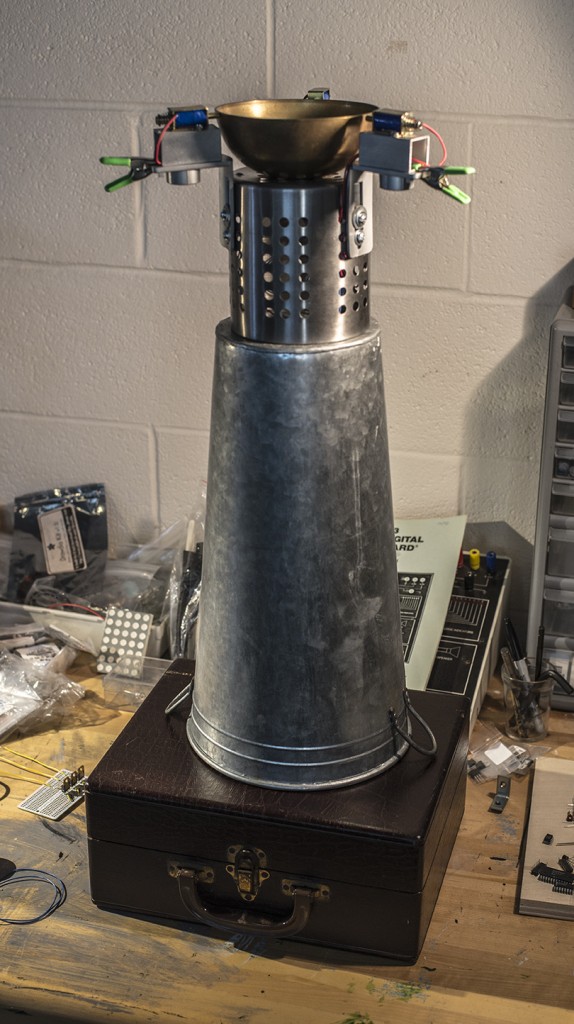 Detail of the singing bowl that I purchased in Valencia, Spain in 2006. The solenoids can be seen on the right and lefthand side of the bowl.   I am using an Arduino  to drive the solenoids.  Programing assistance from Alan Grover was essential to the success of the project. 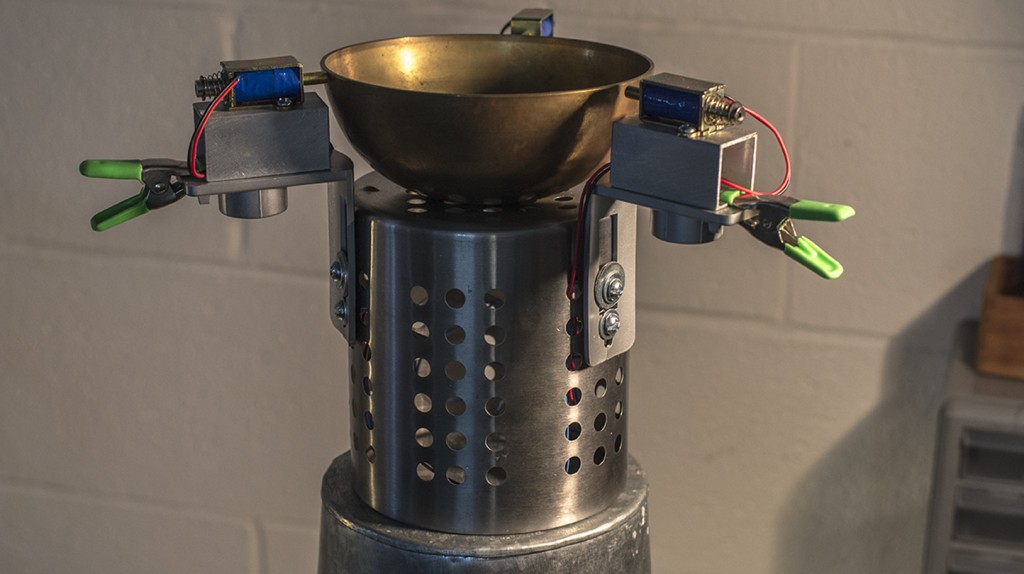 Two weeks ago I attempted to cut out the sliced bottom portion of the object using the CNC router at the FabLab but was dissatisfied by the results so I reverted back to using the HomeDepot tin  garden “trash can” to host the electronics and the solenoids on top, which when operating taps the rhythmic sound pattern onto the singing bowl depending on the viewer in relation to the object. 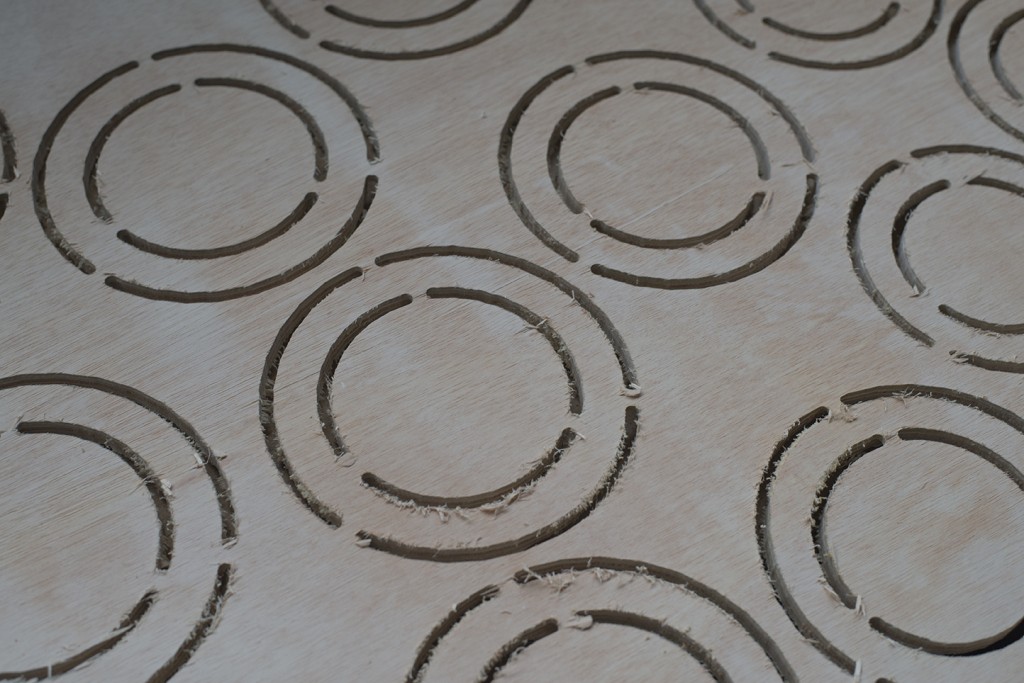 I used the highest quality plywood, however the wood splintered on the bottom side due to the bit I used to cut with.  Perhaps I should purchase a new bit, which I will do in the future.