Much of my artist residency time at CAC has been to set up mixed purpose studio that with an electronics hacking emphasis where I am working on a number of trans-media artworks.  The following drawings are for an idea about a sound object controlled by motion, began in late August 2014.  I hope to have a working prototype by mid-January 2015.  The object could be installed in different contexts including live performance settings. Many of the technical solutions have been gleaned at instructables.com — a super helpful resource. Another resource that I have used is the MAKE folks.  General thanks for the open INTERNET. 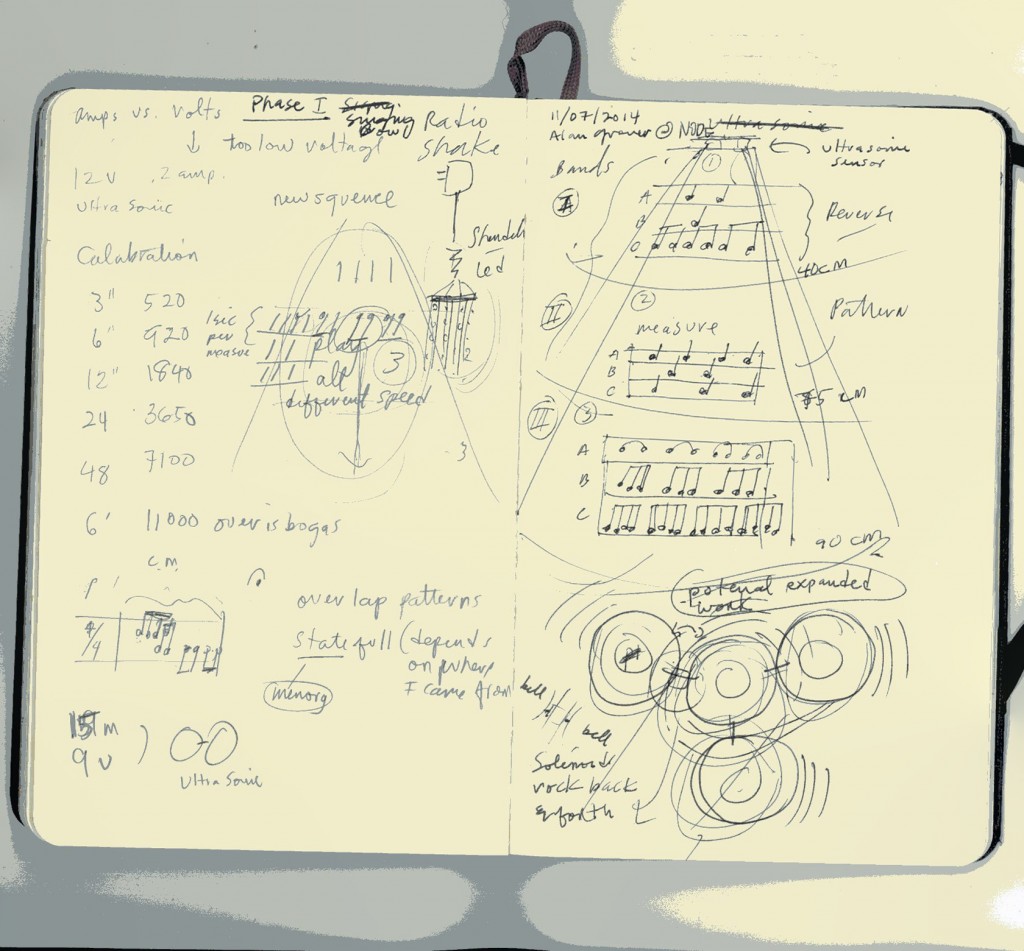 Concept drawings for the Singing Bowl.
Left hand are notes from working out the sensitivity of the ultrasonic sensor area.  This interacts with Arduino that ultimately controls three solenoids that tap different rhythmic patterns on the side of a bronze bowl depending on the location of my body to the bowl. Lower right hand side is an idea sketch for an interactive object that has 3 solenoids and 3 size bowls, thus different pitches. 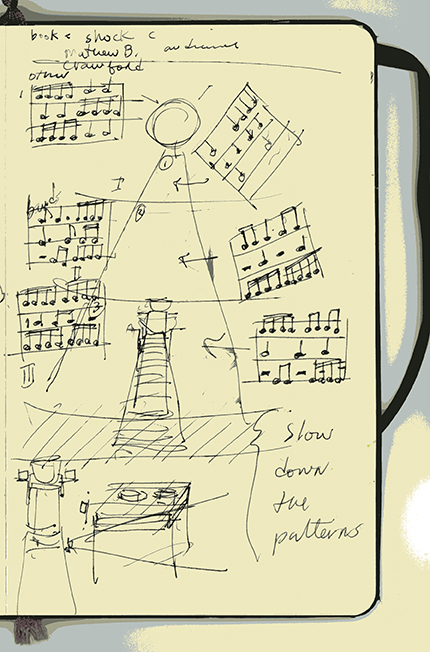 Fleshing out the rhythmic pattern using musical notation references. The cone area represents three bands of interaction depending on the location of the performer. My programer collaborator Alan Glover has been programing the Arduino to perform these patterns based on the presence of a warm body.  We worked at the Baltimore NODE, which is a very supportive environment for novelty tinkers and the more serious inventor types.  The B.NODE is a friendly place to learn how to make and realize ideas.

This is a rough sketch of what the final object will look like.  The bottom area contains the hardware.  The middle portion is still in progress being developed as a 3d object that is sliced using CCBC’s FabLab‘s ShopBot CNC router– a powerful power tool.  Singing bowl is at the top with 3 solenoids and Ikea kitchen object used as a pedestal for the bowl and other hardware.